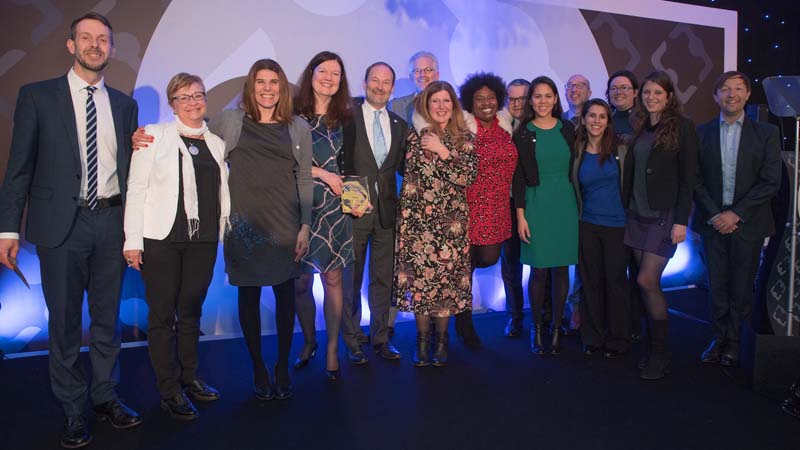 EDANA, the international association for the nonwovens and related industries, has won the Best Association Conference Award for OUTLOOK 2017. The company was honoured during the 2018 European Association Awards held at the Steigenberger Hotel in Brussels on 23 February.

OUTLOOK 2017, held on 27-29 September in Cascais, Portugal, attracted 470 delegates from across the nonwovens and related industries. The conference examined market outlook, new product developments, performance and safety testing and sustainability initiatives during the first two days, with the final day focusing on innovation and product development processes

The trade body was also honoured with silver in the category for Best Provision of Industry Information and Intelligence for EDANA’s Marketing Intelligence service and tools, including its EDANA Stat App.

“Last October, during one of the peak busy times of 2017, I was crazy enough to burden us with this additional challenge: why not, to complement the on-going appreciation of our members, apply and compete for the acclaim of our peers in the most challenging environment, alongside dozens of other excellent European associations?” commented Pierre Wiertz, EDANA general manager. He continued: “The result has been a most rewarding surprise and honour.”

Commenting on the award, Natacha Defeche, marketing and communications director, said: “In our dossier, we emphasised the fact that although OUTLOOK is the annual must-attend event for all decision-makers in this industry, EDANA is not just content with a ‘copy-paste’ strategy year-on-year.

“For the 2017 edition the team set three targets; match the conference content with the industry’s reality, grow attendance while keeping the promised quality of interaction and maximise participant satisfaction.”

Defeche pointed our that empowering the team with new communication techniques and enabling a willingness to take risks by adopting new features were the main drivers in achieving these goals, resulting in a record attendance and online engagement of the wider nonwovens community.

Jacques Prigneaux, market Analysis and economic affairs director, said EDANA’s second award as a testament to what the association’s business intelligence offering means to the membership.

“This silver award is our peer’s recognition of the achievements of a tremendous 10-year journey since the creation of the EDANA market intelligence department. It is very rewarding, and encouraging, to receive this confirmation that our statistics, reports and forecasts add such value,” he concluded.