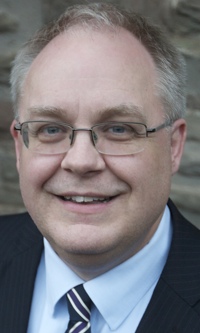 Fishers Services, a supplier of textile rental and laundry services based in Cupar, Fife in Scotland, has announced that Managing Director, Bruce McHardy is retiring after 20 years with the company.

McHardy started as Managing Director of Fishers in 2007 and has kept the company close to its core family service values during a period of consistent growth.

His successor is Michael Jones, formerly the company's Deputy Managing Director who headed the group’s growing workwear and cleanroom business. Jones has more than 25 years’ experience in the commercial laundry sector, the last 14 of which have been with Fishers.

Fishers, which was established in 1900, cleans, irons and delivers more than two million items every week, providing linen rental, workwear hire and cleanroom garment services to the healthcare, manufacturing, pharmaceuticals and hospitality sectors. The business operates seven sites in Scotland and the North of England.