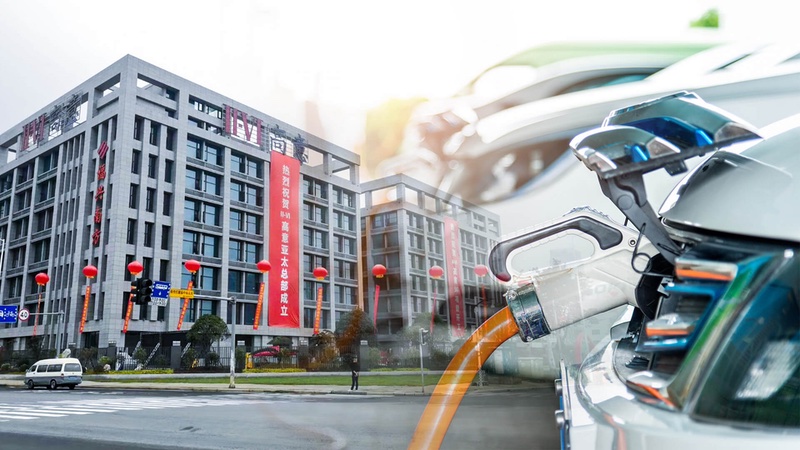 Spurred by increasing regulatory requirements for lower emissions of greenhouse gases and the decreasing cost of lithium-ion batteries, the market for EVs is growing rapidly and driving the demand for power electronics that are based on silicon carbide, a wide-bandgap material that increases the driving range of EVs by about 10% on a single charge, compared with power electronics based on silicon.

To meet the market demand in Asia, II-VI has established a backend processing line for conductive SiC substrates, in over 50,000 sqft of new cleanroom space, at II-VI's Asia Regional Headquarters in Fuzhou, China.

The facility is part of II-VI's already announced plan to ramp its SiC substrate manufacturing capacity by five to ten times over five years, including with 200 mm diameter substrates. II-VI maintains a large manufacturing operations and product development presence in China in the cities of Fuzhou, Guangzhou, Shanghai, Shenzhen, Suzhou, and Wuxi.

"According to recent industry reports, China is expected to continue to be the world's largest electric car market at over 40% of global sales," said Sohail Khan, Executive VP of New Ventures & Wide-Bandgap Electronics Technologies Business Unit. "We are planning to substantially increase our global production capacity for SiC boules and substrates in the US over the next 5 to 10 years to address the accelerating power electronics market, including for electric vehicles and clean energy applications."

Khan added: "These investments will be supported by our global sales force and a SiC platform built by our innovations of the last 20 years, including the world's first 200 mm conductive substrates in 2015. We are excited about our prospects to lead in one of the most promising markets of our generation."

In addition to EVs, power electronics based on SiC enable high efficiency in inverters for solar and wind energy generation, as well as in smart-grid power switching, due to reduced switching losses, high power density, better heat dissipation, and increased bandwidth capability, compared with existing devices based on silicon.