Currently in development, the LX6 by LexaGene could be the world's first open-access automated pathogen detection instrument to be available on the market for the food industry

Jack Regan, CEO of the US-based biotech company LexaGene, is on a mission: “To make it as simple and easy as possible for people to detect pathogens with the latest and greatest technology,” he tells me. He agreed to a telephone interview with Cleanroom Technology to follow up the news about his company setting up a biosafety lab level two (BSL-2) at the company’s expanded premises in Beverly, Massachusetts.

The new facility is part of the product development of LX6, which could be the world’s first on-site, easy-to-use automated and open-access pathogen detection instrument.

Food safety is one of the targeted markets for the LexaGene LX6 device. In the US alone, foodborne illness is estimated to cost $55.5 billion – food poisoning causes approximately 48 million illnesses, over 127,000 hospitalisations, and over 3,000 deaths per year. A single food recall can cost as much as $100 million in losses not to mention the damage to a company’s image.

LexaGene’s LX6 works as a genetic analyser. It takes up to six liquid samples and it can process these at different volumes. Using microfluidics, the instrument concentrates pathogens and then purifies the DNA and RNA before assembling and performing 22 qPCR tests.

An industry first, the LX6 is open-access because its design allows users to load their own assays onto the instrument for customised genetic testing. The sample processing is on-demand and offers results in about an hour, unlike current methods that take several days to deliver results.

The generated data can be electronically transmitted to the instrument operator, indicating whether any pathogens were detected, their quantity and whether any drug resistance genes were also detected. 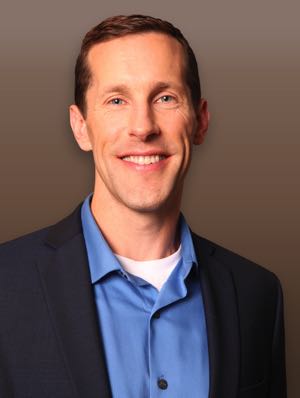 Due to be completed by mid-April, the biosafety lab will allow LexaGene staff to work with pathogens, bacteria and viruses in samples that will then be used for testing the LX6 during the trial stage.

It will be a validated BSL-2 laboratory with some special features. Regan explains: “It is not a requirement, but our lab will be a negative pressure environment. This means that it has dedicated ductwork, which draws filtered air in from the roof and exhausts the air back out to the roof. The lab is kept at a lower pressure than the adjacent hallways and rooms – so air flow is always being pulled into the lab and up to the roof. This airflow pattern helps provide a safe environment for everyone.”

Regan also tells me that key card access will be implemented to control who enters and exits the facility, and that the requirements for a sink and hand-eye wash station will also be met.

“The lab will have several biosafety cabinets to handle pathogens to further protect our employees in the lab and, of course, the staff will be required to be fully gowned with personal protective equipment: lab coats, gloves, goggles, surgical masks, etc.,” he says.

The staff will be dealing with liquid samples, so the team, Regan tells me, will take measures to reduce the possibility of aerosol while processing the samples for pathogen detection. “Samples will never be heated in a container for instance,” he says. “We will minimize centrifuging, which is something that also can cause an aerosol and we will be working with the samples in biosafety cabinets that are Class II, Type A2 certified. These are designed to protect the individual with HEPA filtered air within the cabinet.”

Regan founded LexaGene in 2016 with the core business of developing automated instruments that detect pathogens. Today, the company is traded in the OTCQB Venture Market in the US under the symbol LXXGF. It started, however, as a private company.

“We started operation as a private company with a little bit of money to start product development, and six months later we executed the reverse take-over,” he tells me. The transaction event allowed the company to raise $2 million.

He continues: “We became publicly traded and the raised money allowed us to accelerate product development. Five months after that we raised another $2 million, and last December we raised $5 million, so we have been gaining momentum building the business and the technology.”

Technology is a major business driver for LexaGene. Their flagship product, LX6, boasts several unique features; ease-of-use is the foremost. The system is designed to be used by someone who doesn’t necessarily have a background in microbiology or pathogens for that matter. It really is a touch-screen operation.

“Somebody collects and loads a sample onto the instrument with a single-use disposable cartridge and effectively pushes the ‘Go’ button on the touch-screen monitor and the system is fully automated from there,” Regan explains.

The video below showcases the operation of the device.

For Regan, the simplicity of use is important, particularly for safety in the food industry. “The unit can be operated by people in processing plants that really don’t know anything of microbiology, but can actually load samples onto the instrument and press the Go button; the instrument will do its thing and generate a report. The data is not for the person who loads the instruments, but for the food safety officer who would be remotely monitoring the instrument over time.”

LexaGene’s LX6 would allow industries to go from manual testing to automated detection and, Regan says, at a low cost. “We can provide services to industries like food safety, where other molecular-based technologies are too expensive.”

Upon opening the biosafety lab, LexaGene will enter real-sample testing for its technology; the staff will be working with samples received from prospective customers.

The sensor requirements of data centres
Interview with MSL Solution Providers' expert microbiologist Carolyn Burney
Astrazeneca chooses LBT to develop automated microbial QC product
Brycon completes 14,000 sqft temporary cleanroom for global firm
Get ahead of the curve in 2023 with a subscription
How a vacuum tray dryer works
MyFog: Fog generator for smoke tests in classified environments
Why testing for elemental impurities in your drug products is vital
Q&A on Lonza’s new PyroCell Monocyte Activation Test
From Cell Culture to Sterility (WEBINAR)
Cleanroom Technology in conversation with MPL, in association with Charles River Laboratories
IDEXX acquires Tecta-PDS to expand water microbiology testing offering
Mobilising data collection for accuracy in the cleanroom
Telstar to present a new predictive maintenance platform based on a shared multi-tenant model at CPHI 2022
CENTILLION's Test Lab is up and running!