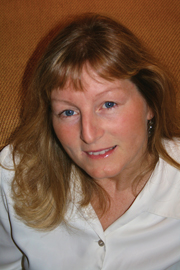 The term ‘Technical Cleanliness’ is becoming increasingly important for companies in the automotive industry. Today a single particle of contamination in a certain component could cause serious problems to a vehicle. Ensuring the right degree of cleanliness during manufacture is therefore becoming more important.

With Germany being a leading car manufacturing nation, it already has its own set of rules for the cleanliness of vehicle components – the VDA 19.1 But some German organisations believe this is not fully compatible with the international standard ISO 16232. The Fraunhofer IPA, in Germany, now wants to facilitate a dialogue with vehicle manufacturers around the world, with a view to revising the standards to make them more comparable – i.e. it wants the ISO 16232 to conform to the German standard VDA 19.1. The team aims to publish a consultation document as the basis for a new ISO 16232 by September.

According to Germany’s experts, the main issue with the ISO technical cleanliness standards is a lack of guidance for the methodology of measuring the contaminants. Different measurement methods can result in different values which can deviate by up to a factor of four, say some experts.

While the harmonisation of standards is an important goal, the question is, should the standards allow for some variation in technologies and methodologies as long as they are adequate or favour one specific methodology or technology which may be very slightly better than the others?

Standards have to be realistic and be set at a point where the majority of manufacturers can compete on a level playing field with a view to incrementally improving on values in the future.

Setting standards according to the very highest level available is not always successful, and one does not have to look far from the automotive industry to find powerful manufacturers that have recently set out to ‘cheat’ to meet the standards.

Perhaps it is up to those manufacturers with the higher standards to educate consumers that the benefit of buying their higher quality cars is greater reliability.