Devices in use at AdventHealth feature patented ozone and UVC technology that in seconds kills 99.9% of pathogens in shoes 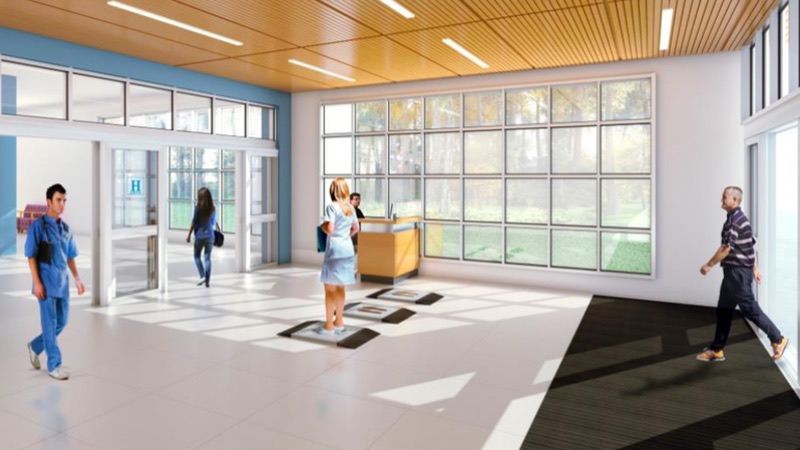 Green Earth Medical Solutions (GEMS), a startup medical device company based in Florida, US, has stepped into the contamination control industry with PathO3Gen Solutions, a patented footwear sanitising station (FFS) that uses ozone and ultraviolet (UVC) light to kill pathogens on the soles of shoes. Research has shown the new gadget delivers a 99.9% kill in under eight seconds.

"The ozone component breaks down the cell wall in seconds making it easier for the UVC to kill the pathogens," Robyn Collins, VP of Sales, told CT. "By denaturing the cell, the DNA of the pathogens cannot replicate," she noted.

GEMS is headquartered in St. Petersburg in Florida, some 30 minutes drive south-west of Tampa. PathO3Gen Solutions is the company's first product in the market following five years in development.

Collins told CT that the R&D team focused on providing a solution for hospital-acquired infections (HAIs) and thus GEMS targeted healthcare businesses. AdventHealth Connerton signed up to trial the technology and the Florida hospital installed nine FFS throughout the facility last February.

Commenting on the partnership, Scott Beal, GEMS Chief Operating Officer, said: "Our mission is to provide technology that both prevents infections and saves lives. We are honoured that AdventHealth Connerton has chosen to join us in this mission."

AdventHealth, formerly Florida Hospital, is at the forefront of innovation and technology to elevate patient care. Other equipment on site at AdventHealth Connerton includes the latest in cardiac monitoring, smart IV pumps and the BeSmart Safe Mobility and Reposition Transfer programme.

“The safety of our patients is our number one priority, and we are committed to having the most advanced technology to deliver the best care possible,” said Debi Martoccio, Chief Operating Officer of AdventHealth Connerton. 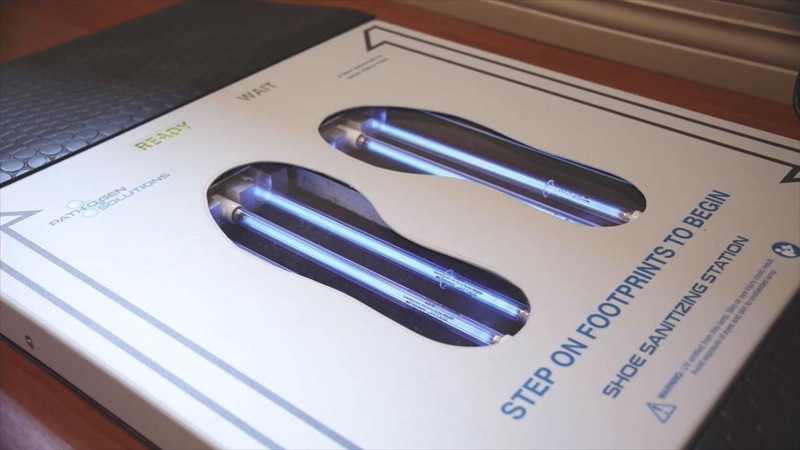 Patented technology built in PathO3Gen stations combines ozone and UVC
to kill 99.9% of pathogens on the soles of shoes

She continued: “These sanitising stations allow us to establish new protocols that proactively prevent infections to ensure the best possible outcomes for patients while they’re in our care.”

PathO3Gen is a tried and tested device and follows on from the findings of a study published in the peer-reviewed journal "Infection Control & Hospital Epidemiology" in 2016. The research investigated hospital floors as a potential source of pathogen dissemination and found that 100% of pathogens are transmitted from the floor.

A clinical study carried out in 2017 confirmed over 77% of the soles of shoes walking into a hospital contained MRSA, C. difficile and other pathogens. The research also demonstrated a 99.59% reduction of MRSA and 97.5% of C. difficile after exposure to PathO3Gen in a period of four to eight seconds.

The patented new technology uses proactive Solestice 3/15 technology to kill superbugs that can be transmitted from the bottoms of shoes to patients, visitors and staff.

Within six seconds of stepping onto the station, a person’s shoes are decontaminated, decreasing the spread of infectious illness.

The PathO3Gen device is unique, GEMS claims. Similar products currently available in the market use UVC to disinfect, but none combines it with ozone.

Asher Gil, the Israeli aeronautical engineer who pioneer the UVC-ozone combination, tested the technology at the University of South Florida. Gil was bought out about three years ago by his partners, who further developed the technology and ran clinical tests. The product went to market in the fourth quarter of 2018.

Those initial owners and one outside investor have provided the capital for GEMS. The startup is now in its second round of fundraising. 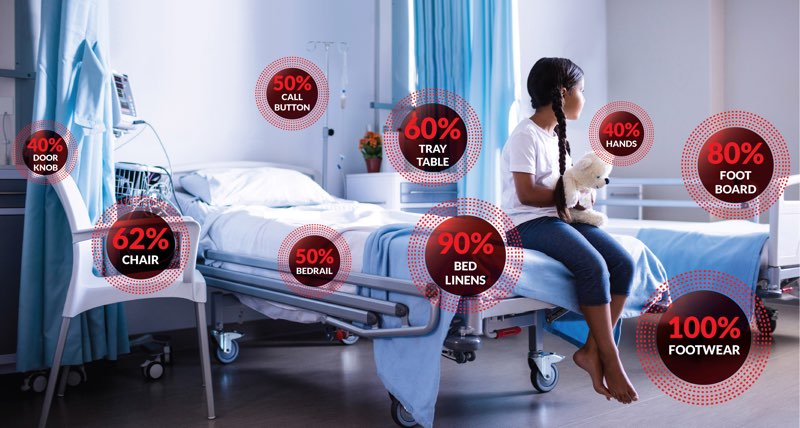 "The infection control community and stakeholders have been coming out with more and more published credible studies that say what is tracked in on the floor is getting airborne and aerosolised, and makes it to high-touch areas, which then cause HAIs," Beal commented.

For GEMS, the new PathO3Gen device is already changing the mindset around infection controls. Collins told CT the next step for the business is to introduce the footwear sanitising station to cleanroom operators.