TM Robotics, the official distributor of Toshiba Machine manufacturing robots, will continue to supply the company’s range to the pharma, food processing and hi-tech sectors 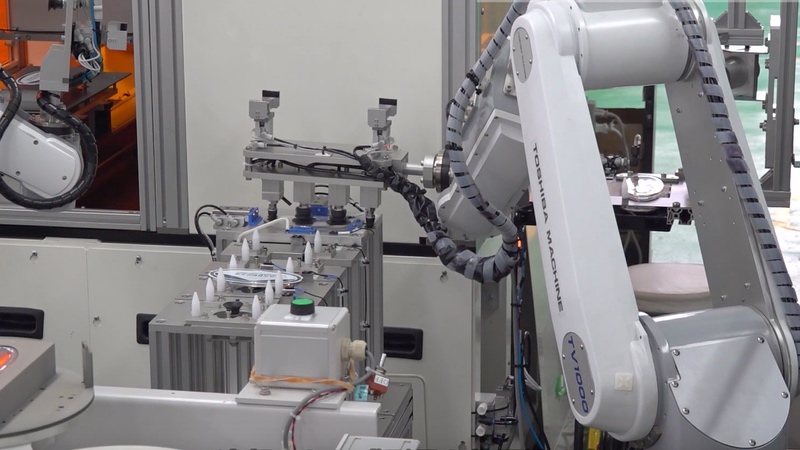 Japan-based Toshiba Machine has announced it will change its corporate name to Shibaura Machine from 1 April 2020. TM Robotics, the official distributor of Toshiba Machine robots for EMEA, North and South America and Australia, will continue to supply the company's range of six-axis, SCARA and Cartesian robots through its distributor network.

Returning to its original name – the company was initially founded as Shibaura Machine Tool Co. in 1938 – Toshiba Machine's name change will reflect its formal separation from the larger Toshiba Corporation in 2017.

While Toshiba Machine may be moving away from the name from 1 April 2020, the company aims for a seamless transition with no impact to business, customers or shareholders.

"From April 2020, TM Robotics will become the official distributor of Shibaura Machine robots," continued Nigel Smith, Managing Director of TM Robotics. "The corporate name change will have no bearing on TM Robotics and our global distributor network, nor will it change the outstanding quality of the industrial solutions we offer – same robots, new name."

"To continue our evolution, our company will change its name to Shibaura Machine, and focus on providing customers with greater flexibility and responsiveness," explained Takahiro Mikami, President of Toshiba Machine. "We look forward to continuing our growth and industry-leading contributions to the markets we serve in the future. Even though the name is changing, our commitment remains the same. Our goal as Shibaura Machine is to be a supplier of the highest quality machinery and systems, one that is well-positioned to grow and contribute to the global economy for decades to come."