A look at fungal contamination testing of cleanroom insulation

Fungal contamination, most commonly by moulds and yeasts, is bad news for cleanroom manufacturing of pharmaceuticals. An outbreak can result in everything from product recalls, with the associated reputational brand damage, and production downtime through to actual harm to patients’ health. Mike Rust from Zotefoams explains 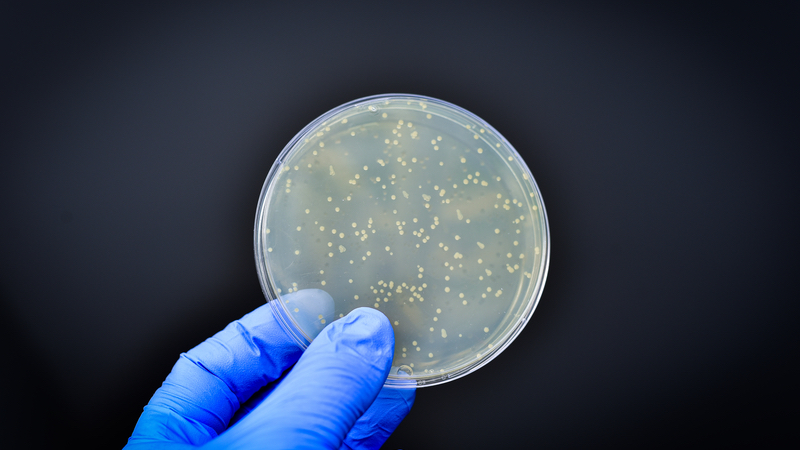 From a production point of view, the relatively common fungus Aspergillus niger is known to contaminate raw materials stored in coldrooms prior to cleanroom manufacture. As for impacting patients' health, contamination can reduce the therapeutic effectiveness of medicines. Creams and ointments are a prime example of products whose efficacy can be compromised because many fungi live off keratin, a protein found in skin, nails and hair.

A sobering example of the havoc that contamination can wreak when things really go wrong is the 2012 outbreak of fungal meningitis in the USA that killed over 100 patients and affected a further 798 after they received contaminated steroid injections manufactured by the New England Compounding Center (NECC) in Massachusetts. By December 2012, 400 lawsuits had been brought against the company as it filed for bankruptcy. Federal prosecutors charged 14 former NECC employees, including its president, with a host of criminal offences including sending out drugs that were unsanitary or contaminated.

Controlling contamination is made more challenging by the physical characteristics of fungal spores, which range in size from 1-50 µm, and the ease with which they can enter environments by a wide variety of routes. Airborne spores can enter through windows, or via ducting and pipework - openings that also allow the ingress of moisture, in liquid or vapour form. This raises the relative humidity (RH) of the air, and a high RH is a big factor in contamination, as we shall see.

There are other routes for contamination to enter. As already noted, raw materials can be contaminated before entering the cleanroom, and the human factor shouldn't be discounted, because employees can also bring contamination into the cleanroom. There is more than one example of a case of athlete's foot causing an outbreak. 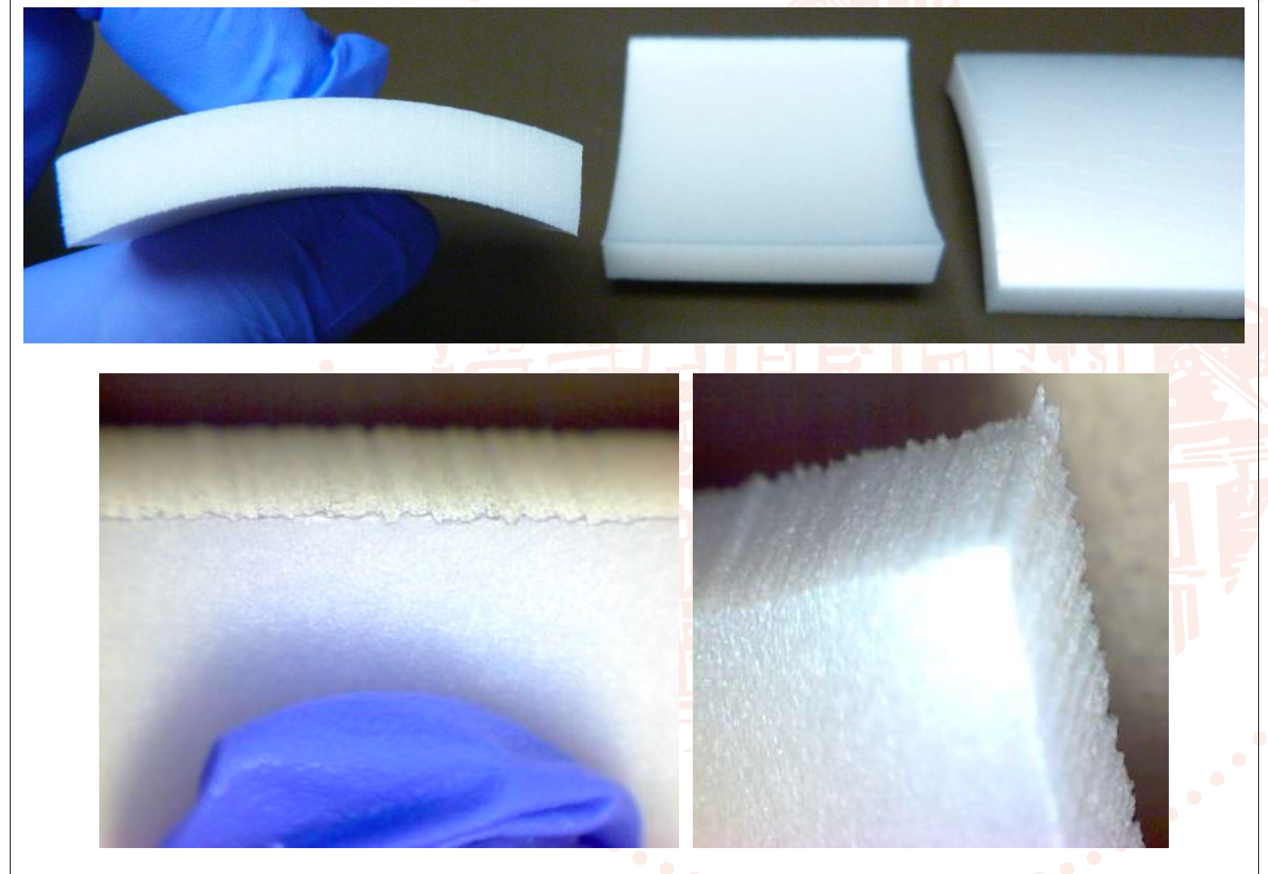 Figure 1: Post-test photos and close-up images of the the T-FIT Clean sample, which received a mould growth rating of 0 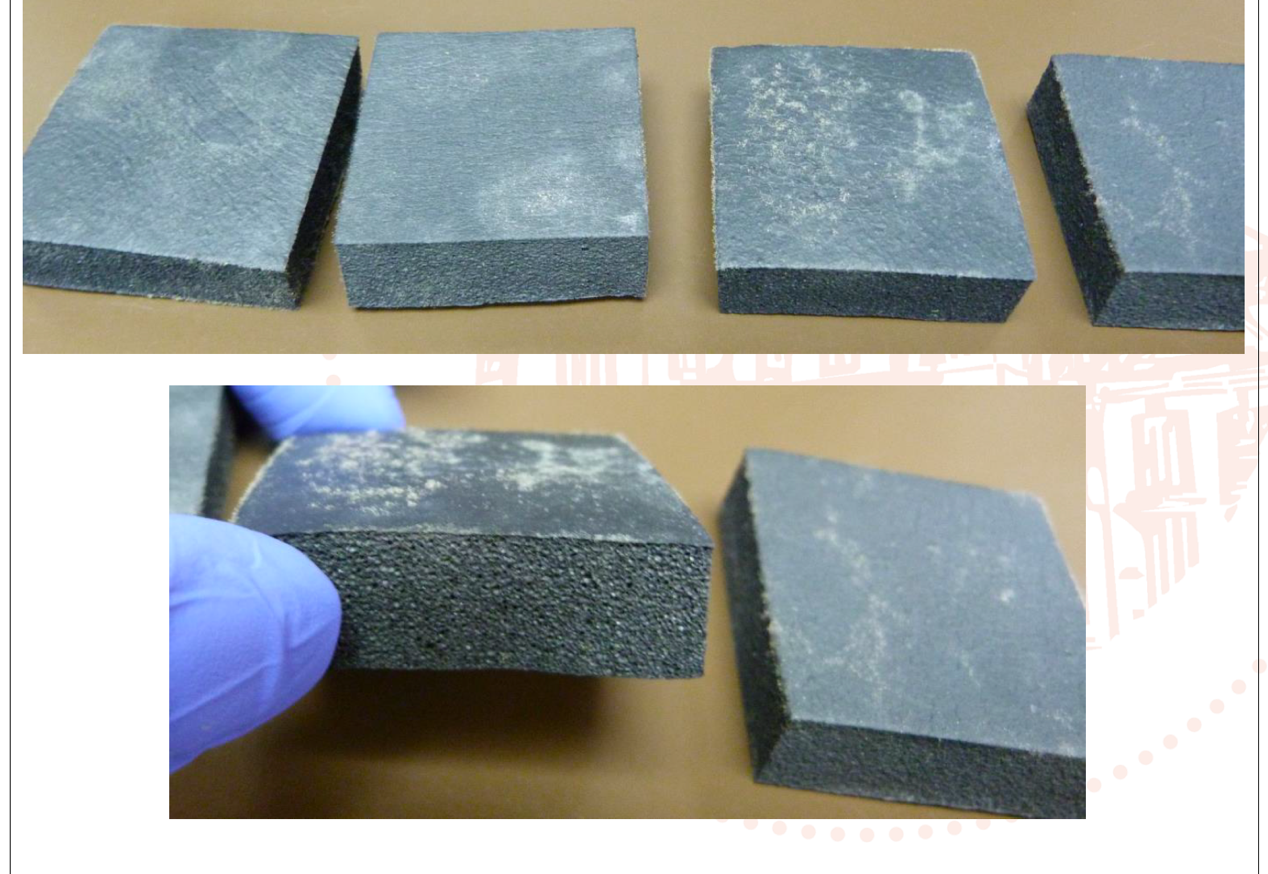 Figure 2: Post-test photos and close-up images of the EPDM elastomeric foam product, which received a mould growth rating of 2

Once established in the cleanroom environment, fungal spores spread relatively easily and aggressively, and eradicating them can be difficult. Ther's a wealth of advice available on how to remove mould - but prevention is infinitely better than cure. In practice, this involves specifying materials and components that will resist the development of mould, fungi and other microbial species, while providing the chemical stability, durability, purity and fire resistance that are essential features of materials used in cleanroom construction.

The right choice of insulation is especially important. Condensation is a common cause of contamination, with cold pipework a significant concern wherever the temperature at the pipe's surface falls below the dew point of its environment. As the air cools, the water vapour concentrated in the air starts to condense, and at the dew point for a particular temperature it becomes saturated in the air and condenses on surfaces as droplets - a perfect breeding ground for fungi.

A variety of cleanroom insulation products are available, under different brand names and manufactured from different materials. The principal solutions commonly found in cleanrooms include:

So how should cleanroom designers go about choosing the best insulation? It’s a given that the chosen product should conform to recognised performance standards, which in this case are set out in ASTM G21-15 (2025) Standard Practice for Determining Resistance of Synthetic Polymeric Materials to Fungi. This involves inoculating samples of the material under test with suitable organisms, then exposing them to conditions favourable to fungal growth. At set intervals, the samples are examined and rated for visual signs of growth.

Valuable as the ASTM G21-15 certification is in the selection process, however, it doesn't reveal how the respective solutions perform compared to each other under the same test conditions. Such comparisons are especially important where project budget limitations might encourage decisions on price alone. Wherever possible, investment choices should be based on the most complete knowledge, considering factors such as the impact of catastrophic failure due to contamination, and ongoing service and maintenance costs. Increasingly, sustainability is a further key consideration.

It is possible to discover test results for individual brands in the public domain, for example, one manufacturer of open cell melamine insulation has published test results showing that fungal growth is evident after 21 days on its open cell melamine-based product - but genuine like-for-like comparisons have proved elusive until now.

Putting it to the test

Which is why, for the first time in the cleanroom insulation industry, Zotefoams, the foam specialists behind T-FIT technical insulation, has commissioned independent performance testing that pitted T-FIT Clean against the leading EPDM elastomeric foam insulation brand to provide a suite of verified results.

The T-FIT story began over a decade ago, with customers in the pharmaceutical and biotech industries looking for a high-performance insulation solution for pipework in cleanrooms. T-FIT Clean, the resulting debut product line produced from Zotefoams' ZOTEK F42 HTLS high-performance PVDF foam, quickly earned recognition and countless installations in these industries and in semiconductor cleanrooms are testament to T-FIT Clean's performance and longevity.

UK-based Murphy & Son was appointed to carry out the testing based on its 130-plus year history of supporting the brewing industry, where the fermentation process presents a recognised risk area for fungal contamination and its consequences are well understood.

During testing, samples of T-FIT Clean and the EPDM product were pre-cleaned with 70/30 ethanol water to remove any surface contamination which might potentially sustain mould growth. In temperatures of 28-30°C and a relative humidity of >85% they were then exposed for 28 days to a variety of fungi (see Table 1), including the two most commonly found in a cleanroom environment - Aspergillus and Aureobasidium.

On conclusion of testing, samples were inspected closely for signs of mould growth using the naked eye and up to 50x magnification. The extent of growth was then assessed and expressed according to the scale laid out in point 9.3 of the ASTM G21-15 method (see Table 2).

The T-FIT Clean sample tested received a mould growth rating of 0, with no sign of growth observed, as the post-test photos and close-up images of the sample showed on p41. By contrast, the EPDM elastomeric foam product was rated 2 and - as is clear from the images - displayed clear visual evidence of mould growth.

Thanks to these tests, the market now has concrete evidence of T-FIT's class-leading resistance to fungal contamination, demonstrated by the 0 rating versus the marketing leading EPDM elastomeric foam's rating of 2. This performance is a result of the high purity 'inert' surface characteristic of T-FIT products, which does not readily support the growth of microorganisms.

In Stage 1, pure PVDF polymer is extruded into a solid slab, then irradiated to create chemical bonds that join the polymer chains (crosslinking). The resulting material properties include excellent thermal stability, high strength and toughness compared to non-crosslinked materials; crosslinking via irradiation also prevents the shrinkage that is often associated with thermoplastic materials. Stage 2 applies extremely high pressures and temperatures to dissolve the nitrogen gas into the slabs. In Stage 3 the nitrogen-saturated slabs are put through a second, high temperature, lower-pressure cycle where the pressure is gradually released to allow the free expansion of the material into sheets of foam.

The result is a fine, completely closed-cell structure that is fibre-, dust- and particulate-free, and highly resistant to bacteria and mould growth. T-FIT Clean's ASTM G21-tested performance on zero fungal growth brings long-term protection against the risk of product contamination. Compared to open cell materials, T-FIT more effectively limits moisture and gas penetration because there is no continuous network through which substances can travel.

A wide temperature operating range - from -80°C to +160°C - combined with the durability of the material ensures thermal performance remains unimpaired in the long term, even where repeated cycling between chilled process temperatures and high cleaning temperatures (clean in place, sterilise in place) is involved.