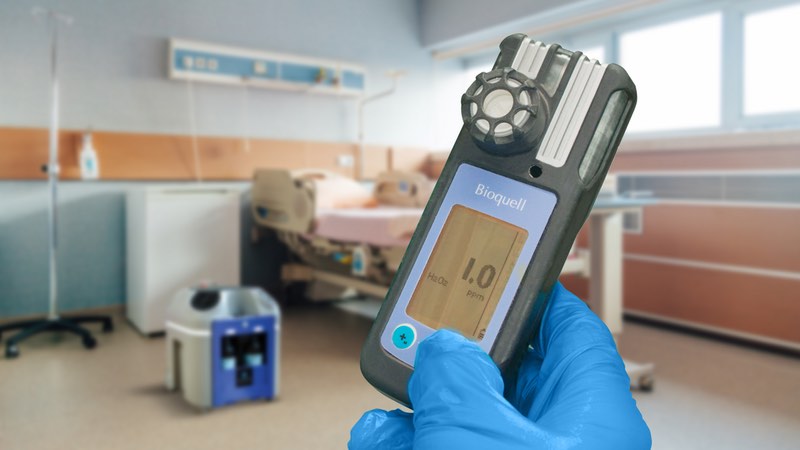 Bioquell, the global manufacturer of bio-decontamination systems, has enabled calibration of low-level hydrogen peroxide vapour instruments accurately at one part per million (1 ppm) helping to reduce cycle times by approximately 20%. The company is now able to calibrate to a published Occupational Safety & Health Administration (OSHA) method at the critical concentration point, ensuring the safety of employees while optimising the cycle.

It is important that any low-level hydrogen peroxide sensor, used to determine the end of a decontamination cycle, is accurate. This is to ensure the safety of the personnel entering the area as well as to optimise the cycle time.

The present calibration methods used by sensor manufacturers are often not performed with hydrogen peroxide vapour, and are not conducted at a vapour concentration at the critical value of 1 ppm. Testing and experience have shown that inaccuracies can unnecessarily prolong decontamination cycles by up to 20%.

Bioquell now has a calibration capability able to expose these sensors to a 1 ppm hydrogen peroxide vapour concentration verified accurately against the published OSHA 1019 method.

When decontaminating a room or enclosure, entry should be prohibited until the Occupational Exposure Limit (OEL), also known as Permissible Exposure Limit (PEL), has been reached so the area can then be safely released. The level is based on a time-weighted average (TWA) over 8 hours.

The removal of hydrogen peroxide from an enclosure is a logarithmic process, meaning that it takes a disproportionally long time to reduce from 2 to 1 ppm compared to earlier in the cycle, therefore inaccuracy of 0.5 ppm can have a significant effect on the cycle length.

To resolve this issue, Bioquell has created the capacity to calibrate accurately at 1 ppm. The calibration instrument produces a highly accurate stream of hydrogen peroxide vapour at 1 ppm concentration with better than ±0.1 ppm accuracy. However, this relates to the accuracy of the calibration system, unrelated to the accuracy or repeatability of the sensor itself.

Bioquell's calibration method is highly automated to ensure accuracy, repeatability and cost-effectiveness, and checked against the OSHA method to ensuring on-going accuracy.