In 2015, KleanLabs completed its largest project so far. ELI-ALPS, a laser research centre in Szeged, Hungary, which occupies thousands of m2 of cleanroom space, equipped with KleanLabs cleanroom doors and pass boxes 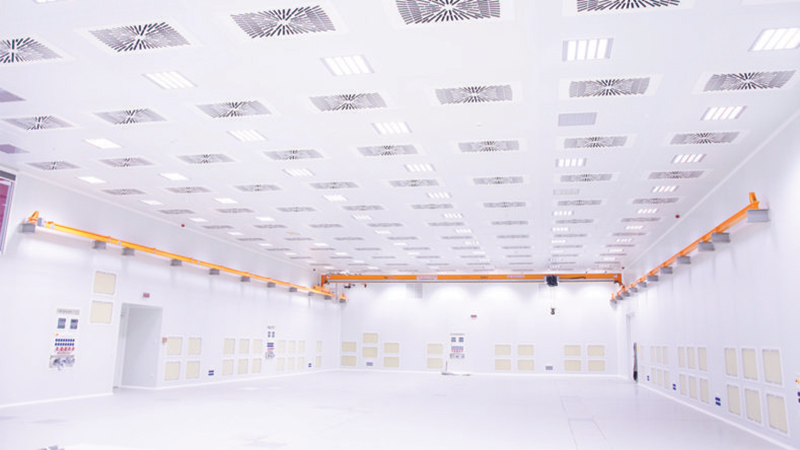 Extreme Light Infrastructure (ELI) is an international research institute that performs experiments with high performance lasers. The institute, which collaborates with the European and international scientific community, has three research centres in Hungary (Szeged), the Czech Republic and Romania.

The facility in Szeged is named after the Attosecond Light Pulse Source (ALPS). The main goal of the centre is to advance laser technology by providing a wide range of light sources that emit ultra-short pulses including; coherent extreme vibration (XUV), X-ray and attosecond pulses. These experiments support scientific and technological development of high peak intensity and high-performance lasers.

The cleanroom needed to be constructed with a high degree of skill and professionalism since ELI experiments are incredibly sensitive. KleanLabs was responsible for the technology within the cleanroom, such as the cleanroom doors and pass boxes, while a parent company carried out the building and design.

The cleanroom complies with ISO-14644 standard and has optimal air compression, thanks to the advanced ventilation system that also maintains the required purity level.

KleanLabs was able to assist the client in some very specific requests, one of them being that the materials used in the research centre must receive an anti-reflective coating. This was critical since the primary efficacy factor for laser and light experiments is to minimise the area of reflective surfaces.

The project was a huge success and produced the largest cleanroom in Hungary.

Turnkey mobile cleanroom containers from KleanLabs to any location
What differentiates cleanrooms in the food industry?
Vision 2020: Cleanroom experts reveal expectations for the year ahead
Portable cleanrooms from Kleanlabs provide adaptable solution
Kleanlabs designs custom cabinets for operating rooms
How does the food industry benefit from cleanrooms?
Pass boxes for carts for a smoother material flow
Kleanlabs: All types of cleanroom pass boxes explained
Doors and pass boxes: 6 factors of quality
How to choose the right cleanroom door
10 things to know about cleanroom pass boxes