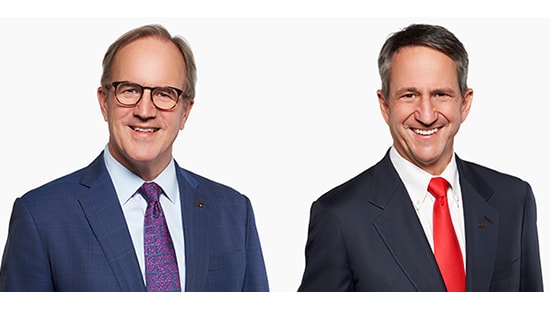 Ecolab has announced that Christophe Beck, Ecolab's President and Chief Operating Officer has succeeded Douglas Baker, Jr as the company's CEO effective 1 January 2021, becoming President and CEO. Beck also has been elected to Ecolab's board of directors.

Baker, who was Ecolab's chairman and CEO, retired but continues as board chairman.

Baker commented on Beck's promotion, said: "I am thrilled the board of directors has named Christophe as my successor and believe he is the perfect choice. He has been a great leader and a great partner in advancing and building Ecolab's strategy and business. Since joining Ecolab in 2007, he has excelled in a succession of increasing and varied responsibilities across our company, helping us strengthen our business, build our teams, enhance our capabilities and shape a stronger future. He is a great business leader, and even more importantly, a good person. His passion, commitment, vision and innovative spirit will serve our people, our customers and our shareholders well."

Jeffery Ettinger, lead director of Ecolab's board, commented on the transition: "This announcement follows a well-planned and thoughtful succession process. Christophe Beck is a proven leader and seasoned business executive, and we are excited about his ability to continue to build Ecolab's global business and market leadership. He has delivered outstanding performance throughout his career and has been a key player since he joined Ecolab 13 years ago, helping strengthen the company and position it for new and developing growth opportunities. The board looks forward to working with Christophe in his new capacity."

"At the same time, we want to extend our profound thanks to Doug for his exceptional performance as CEO over the last 16 years," Ettinger added. "It has been a period of great change and strategic development for Ecolab. During Doug's tenure, we have strengthened our global leadership in the company's traditional cleaning and sanitizing businesses, significantly broadened our markets through the addition of water sustainability and healthcare/life sciences businesses, and continuously improved all aspects of the company's operations. Under his leadership, Ecolab has become a true sustainability leader and a purpose-driven company, recognized for its positive impact on the world and for its ethical practices. All of this helped drive exceptional returns for our shareholders, increasing Ecolab's market capitalisation by more than eight times and generating a $50 billion increase in the company's value. We congratulate him on his outstanding performance and thank him for continuing to serve as board chairman."

Prior to joining Ecolab in 2007, Beck was an executive at Nestlé.

Beck said: "I am honoured to be given this opportunity, and thank the board for their confidence in me. I also want to thank Doug for his consistent support and guidance during my career at Ecolab, and for the opportunities that helped prepare me for this role. We hold the same vision for Ecolab and share the same commitment to our people, our customers, our communities and our shareholders."

"I am fortunate to inherit an outstanding world-class company with a strong and winning value proposition, excellent market positions, advanced technology and – most of all – the unequalled Ecolab team who make it all work, delivering outstanding results and value for our customers as well as drive our growth and returns for shareholders," Beck added. "I look forward to working with the Ecolab team as we continue to drive the long-term success of this great company and its people. Ecolab has never been better positioned to sustainably meet our customers' water, hygiene and infection prevention needs around the world. I am so proud of the positive impact we have on the world and believe our future is boundless."