With the mindset of a strategist, the CEO of the company in Gateshead, northeast England, is on a mission to take WHP to the major league of cleanroom design and build 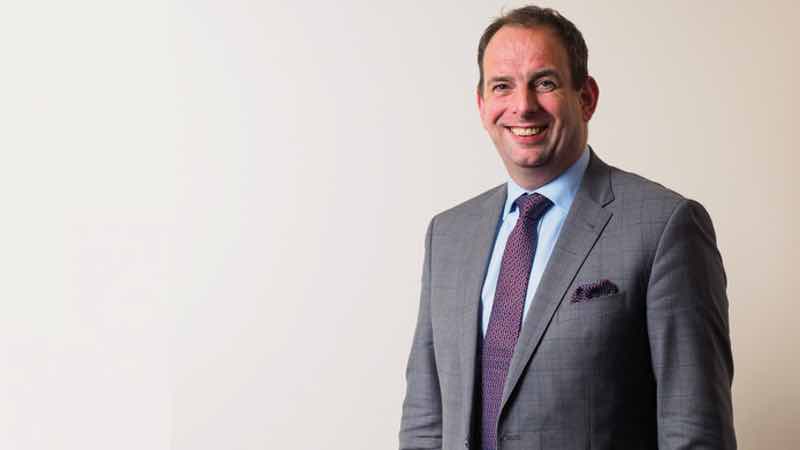 Ian Lichfield gets to the kitchen, brews a cup of tea and off he goes. The CEO of WHP Engineering walks the office floor at the company's headquarters in Gateshead, northeast England, addressing team members passing by with a warm "good morning". Finance Director Caroline Farquhar walks alongside, a cup of tea in hand, greeting the staff side-by-side. Every morning the stroll repeats. Lichfield tells me it's a prime opportunity to catch up on the business and "get updates on the priority issues".

Lichfield stepped into the cleanroom industry with a strategist mindset. He joined the company three years ago on a short-term basis to help WHP develop a strategic plan—the mission was to expand its process engineering expertise into cleanroom construction. By the looks of the company's financials, his leadership has been fruitful. "When I joined, the turnover was £9 million. In 2017, this had grown to £14m as we started to build our order book. In 2018, we achieved a £23m turnover," he says. Lichfield tells me WHP is now on track to make £40m in 2019.

With a background in finance, Lichfield moved into industries with companies in construction, building materials and mining sectors, and has been part of teams that specialise in growing businesses organically and through acquisition. "It was the challenge of doing these [acquisitions] that led me to general management," he admits.

In 2016, Lichfield was working with SME fund Enact, part of Leeds-based private equity firm Endless, and the company had identified the potential of WHP investing in the business to improve and grow it. "It was clear to me that WHP had a depth of expertise and knowledge, but it also occupied a unique position in the market with its range of services and ability to deliver all elements of a project using in-house resource. The scale of the opportunity and the warmth and enthusiasm of the WHP team made the decision to join them easy," he says.

It was clear to me that WHP had a depth of expertise and knowledge, but it also occupied a unique position in the market 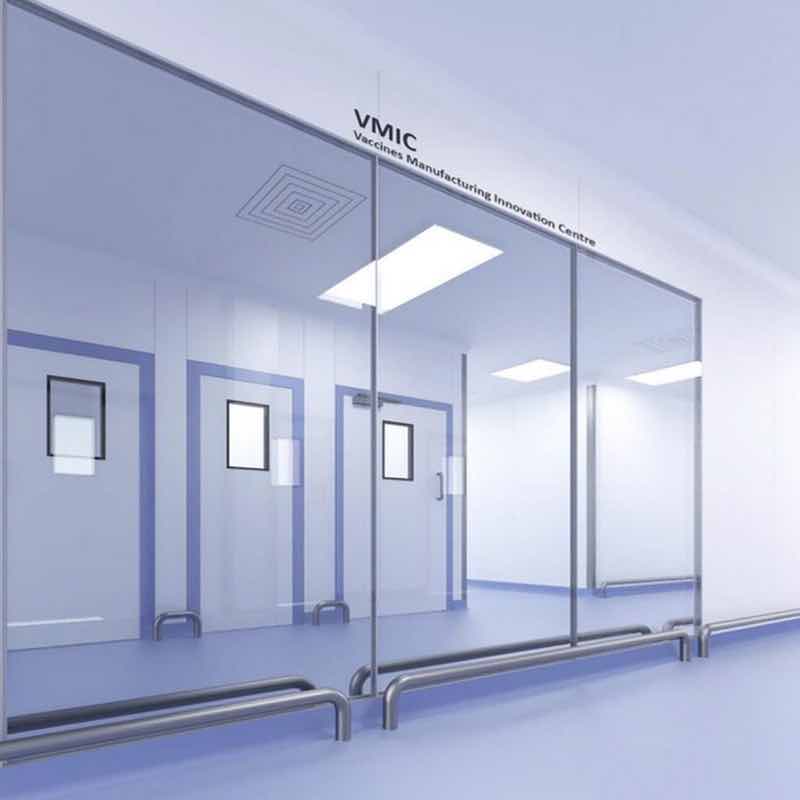 In May, the UK's Vaccines Manufacturing Innovation Centre engaged WHP with the design of new cGMP suites and filling rooms for a site in Oxford. Then in June, WHP made headlines with an ISO Class 7 cleanroom project for a world-class satellite manufacturing centre that will support the UK space industry. The site, under the umbrella of the Satellite Applications Catapult, is due to open this spring at the Harwell Campus in Didcot, Oxfordshire.

These projects mirror the new business approach at WHP. Until two years ago, process engineering used to take 80% of its order book and cleanroom projects 20%. The business is the other way around now.

"In the past, WHP had completed one major £20m+ project, but most were significantly smaller. As the business has established its cleanroom design and build credentials, the scale of projects has grown substantially," Lichfield tells me. "The scale of projects we undertake can now range from a few thousand pounds to multi-million-pound schemes."

WHP currently has 28 live projects of which 10 are now under construction. The last of these will complete at the end of 2020.

Process engineering used to take 80% of its order book and cleanroom projects 20%. The business is the other way around now

"We not only design and build cleanrooms but also understand what equipment goes into them," Lichfield says, noting the team helps customers procure the right technologies and systems. "Strategically, we decided to be a first-tier design and build contractor in our chosen sectors. Today, an increasing proportion of our turnover is derived from the fabrication of process equipment in our workshops and site construction of customer facilities, but it's all still driven by quality engineering," he says.

The infrastructure supporting the business has been expanded accordingly. In 2017, WHP relocated to a 27,000 sqft office and workshop space, increasing capacity by 35%. "The workshop is primarily for the fabrication of stainless steel modules and structures for clean industries," Lichfield explains. WHP has also signed a lease for a 133,654 sqft facility in the Port of Tyne. The site will serve to establish its new modular build cleanroom business.

Lichfield tells me the unique selling point of the company is the capacity for delivering all elements of a project in-house. He admits, however, WHP works with several trusted partners who provide support on specific areas; architectural services, for example. "No one project is the same, and the key to our success is flexibility and the ability to provide customers with what they need. We always look at the best way to achieve this and it often means collaboration with third parties. We have developed a strong supplier network and partners whom we trust," he explains.

The company has chosen to specialise in life sciences and hi-tech projects and these sectors are active both in the UK and internationally. "This is a situation that I don't foresee changing for some time," Lichfield says. 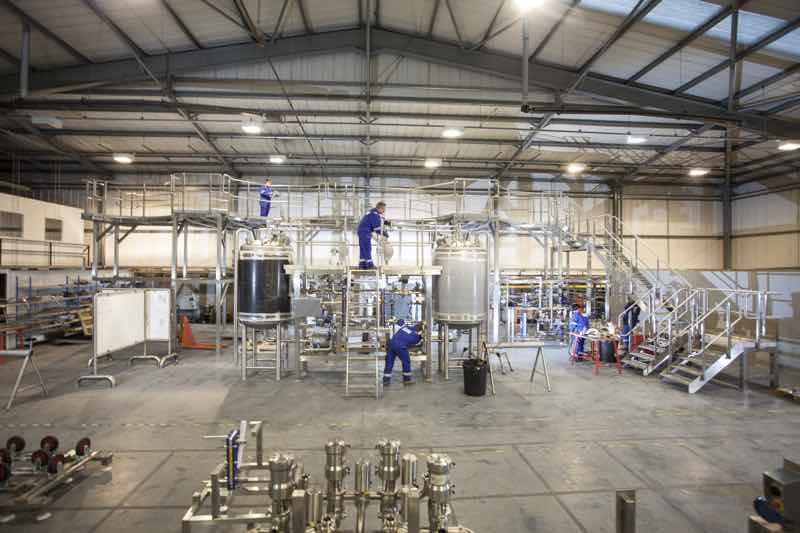 In the UK, the government's investment in life sciences has provided great opportunities for WHP, while other ventures in new hi-tech industries continue to present new markets for its products. Lichfield explains: "Building on our success in providing modular process solutions for several years has led to clients requiring a faster turnaround and more flexibility. This is an area of growth and opportunity for us."

Brexit is also playing a part in moving the business forward—WHP can be more competitive in European markets with a weaker pound. "I have started to market the services and benefits WHP can offer customers as part of our growth plans. Most of our work (75%-plus) comes from repeat business, but I know there are lots of customers in the market who would stand to benefit from WHP's skills and expertise in delivering design and build projects," he says.

Lichfield believes the path WHP must follow to establish its modular cleanroom business will take the company overseas. "We plan to focus on being one of the foremost design and build contractors to the life sciences sector and clean industries," he says. "The UK will remain our core market, and we are looking at options to ensure we improve our national network and service, but increasingly servicing our customers' requirements means that WHP is now moving into European projects."

Sound financials are essential to achieving WHP's plan, and Lichfield tells me the company is far stronger now than at any point in the past. "The strategic move to becoming a Tier 1 design and build contractor, including the financial implications combined with double-digit growth, means that we have had to look at new funding strategies to meet our requirements," he answers to my question about two short-term loans the company received from FW Capitals' Tees Valley Catalyst Fund to support three ongoing contracts. For Lichfield, partners such as FW Capital "help us develop to meet those changing needs".

The project with the UK's Satellite Applications Catapult is the first project of its kind for the company. "We secured the contract because of our in-depth knowledge of how to reduce bioburden but also, very importantly, how to deliver the project in the most efficient and effective way," Lichfield says. 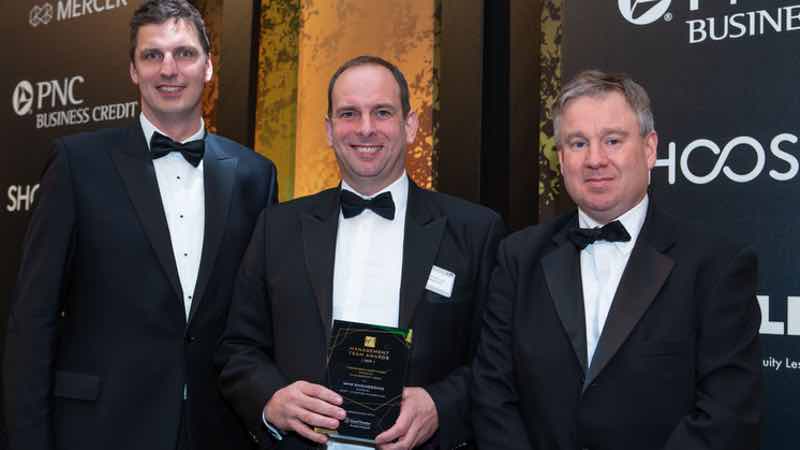 The Satellite Applications Catapult is creating the Disruptive Innovation for Space Centre (DISC) to tackle several critical challenges facing the UK space industry. DISC will provide equipment and expertise to enable companies to accelerate the process of creating innovative products and grow their businesses.

"Currently, SMEs are restricted in the availability of hi-tech laboratory space, as the design, manufacturing and test equipment is consistently too expensive to both acquire and maintain. While generic small-scale manufacturing capability exists in the UK, the lack of association of such capabilities with specialist digital and radio frequency test equipment required severely constrains the ability of SMEs to innovate," Lichfield explains. "The DISC addresses these challenges by providing access to capabilities that integrate digital design, rapid prototyping, automated testing and manufacturing technologies."

That WHP wants to boost its capabilities for modular builds is not surprising; these are the industry's buzzwords. More revealing is Lichfield's view of the next trend in the market. "From single-use plastics to energy consumption, the environment is fast becoming a priority issue for companies," he says. "The cost of running cleanrooms has often featured low on the priority list. Changes in legislation and the impact of public opinion on climate change will mean efficiency and environmental [footprint] will become far higher on our customers' list of priorities," he adds.

The strategist in Lichfield makes him see what lies ahead for the business. He is a hands-on manager who likes to be on site regularly "because it's the best way to understand what is going on regarding progress, quality and safety", he says. WHP is on track to the major league of cleanroom construction, and there's no way around it.

N.B. This article is featured in the July 2019 issue of Cleanroom Technology. Subscribe today and get your print copy!