Aluminium honeycomb core panels are lightweight and yet boast exceptional strength, a characteristic that combined with non-shedding and incombustible properties make them the material of choice for food processing manufacturers. Elliot Reilly of Puracore, explains 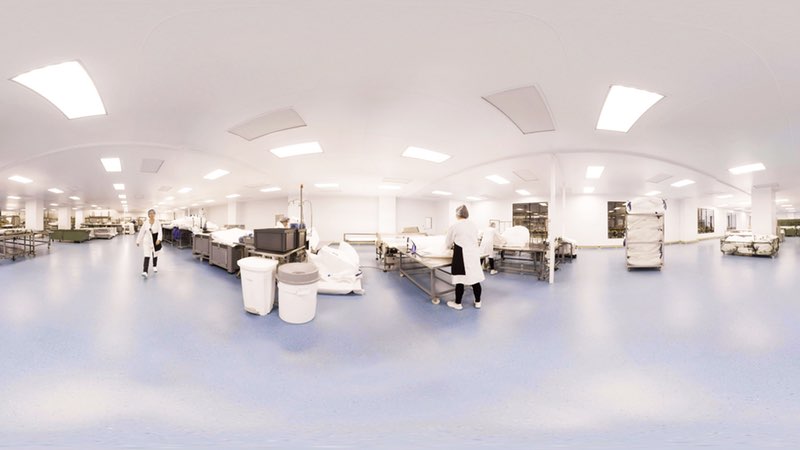 The largest food safety crises occurred in China some eleven years ago. The 2008 milk scandal that affected the country involved milk and infant formula along with other food products being contaminated with the melamine, a chemical widely used in the production of certain plastics.
The contamination affected 300,000 victims in China with around 54,000 babies hospitalised with kidney stones or kidney damage.

The high levels of melamine found its way into the infant milk powder through poor production, storage and incorrect levels of additives being used to ‘top-up’ watered down milk formula. As a result, a force of around 5,000 officials was dispatched to introduce formula testing and inspections of manufacturing methods and environments.

The impact of the crisis and the resulting regulations increase were felt throughout the industry all over the world. The whole supply chain involved in the manufacture and supply of baby formula faced even more stringent regulations and demanded production within cleanroom environments.

Greif, a packaging manufacturer, took a hit in this case. The company produces packaging for a number of applications, including bulk bags for infant formula. Headquartered in the US, Grief required its existing production warehouse in Belgium to be transformed into an ISO 7 cleanroom environment.

The supplies for the cleanroom began to arrive in the summer of 2016 and the task of carrying out the project was taken on by Puracore in conjunction with NGS Cleanroom Solutions, the specialist company based in Shannon, Ireland and Coventry (UK), took on the installation of the system. For its part, Puracore supplied and delivered 2,250 sqm of aluminium honeycomb core cleanroom wall panels to create the fully flush cleanroom. 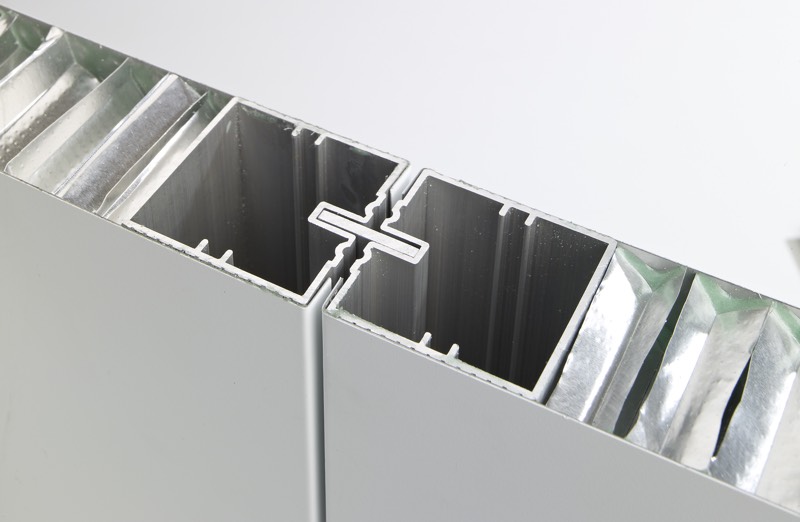 Aluminium honeycomb core panels were selected due to their lightweight, but exceptional strength characteristics, as well as for being non-shedding and incombustible. Non-shedding brings one huge advantage: if a panel is pierced there will be no airborne particles released into the clean environment.

When broken, traditional panel materials such as mineral fibre or PIR (polyisocyanurate) release spores into the cleanroom, which threatens the clean environment. Whenever that happens, the cleanroom may have to be shut down, cleaned and revalidated.

The ISO 7 cleanroom was designed to provide a classified, controlled environment to comply with the FDA regulations.

French manufacturer Lactalis, a specialist in dairy products, including infant milk formula, hit the headlines in December 2017 due to a contaminated milk scandal that affected its French manufacturing plant. The company was forced to recall approximately 12 million boxes of baby milk from 83 countries due to a salmonella outbreak at their manufacturing plant. A total of 37 cases were reported across France, Spain and Greece of babies suffering from salmonella after consuming the formula. Media reports suggested these instances were only the tip of the iceberg.

Traces of salmonella bacteria were detected on a mop and a tile near drying equipment at the Mayenne factory in August and again in November 2018. However, these were not flagged up, and no alarm was raised because there was no evidence the bacteria entered the production line.

Within a cleanroom environment, with the correct cleaning regime and right handling of the products, it is unlikely this kind of bacteria would be present let alone contaminate the formula.

Puracore’s experience in supplying cleanrooms to dairy and infant nutrition manufacturers does not stop at one project.

Glanbia, an international nutrition and ingredients group based in Ireland, required a fully flush and FM-approved (Factory Mutual) cleanroom system to house its dairy foods processing and packing rooms.
The company also needed changing areas for personnel. These cleanrooms are utilised to control and prevent contamination like the recent Salmonella outbreak by creating controlled environments with clean airflow and providing flush, easy-to-clean areas. 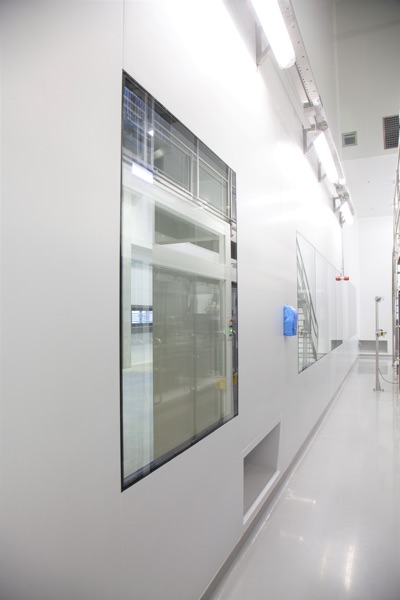 The Puracore team worked alongside architects and installers to design a cleanroom system that would work with the complicated system of pipelines, extraction units and supporting walls.

The design team took original drawings of the devised cleanroom system and applied Puracore’s own panel system to it, adjusting each individual panel, window, door, infill and accessory to create the most cost-effective, efficient and flush cleanroom.

Components were then tailor-made to the project to fit the complex systems while deliveries were scheduled to align seamlessly with the installer.

Puracore supplied the 1,400 sqm of bespoke wall, liner and ceilings panels along with door systems and a number of custom windows.

The team advised the use of 50 mm wall and ceiling panels alongside 17.5 mm wall liner panels, both with an aluminium honeycomb core and faced with PVC white food safe laminate.

The flexibility of the Puracore system allowed panels to span over three floors and up to nine metres, while accommodating extractors, pipelines, and steel supports in a semi-open or exposed manner as specified by the customer.

There are many ways that powdered dairy products and infant formulas can be contaminated during their production. But, by utilising cleanroom technologies, the chances of contaminants and bacteria being able to survive and spread as airborne particulates is significantly lower.

N.B. This article is featured in the April 2019 issue of Cleanroom Technology.