DACH region | The beating heart of the cleanroom scene

Talking to veteran experts of the DACH region, and newcomers taking their first steps, shows the importance of a centrally located European cleanroom cluster. However it may be in for some competition 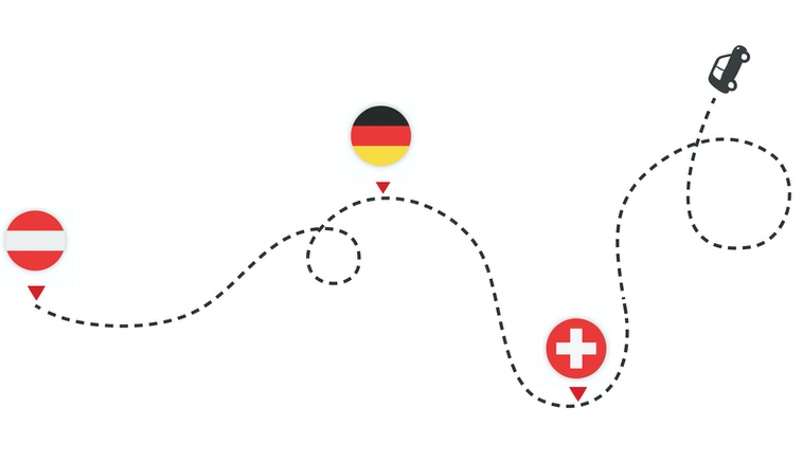 The DACH region of Germany, Austria, and Switzerland could be called the beating heart of the European cleanroom industry. If nothing else it is at least geographically well located for ease of transportation and access.

But this same property caused chaos at the plentiful borders during the pandemic, as rules changed almost daily. Speaking to Alexander Stütz, who is in product management for the German-based Lindner SE | Clean Rooms, he says: "It was a major challenge to get the necessary personnel to the construction sites in the appropriate numbers. At the beginning of the border closures, short-term tests were required, but the necessary infrastructure for this did not yet exist on today's scale."

The decontamination specialist Sanondaf has also been looking into the region, after its recent launch of operations in Germany. Director Stuart White said: "We have just launched but Germany has imposed ridged travel restrictions and we have been physically unable to visit the region and have had to conduct all of our discussions virtually."

In related news, at the end of May 2021, there have been a few more approvals of facilities to manufacture the COVID-19 vaccine. One of them was in the German city of Marburg, and will produce both active substance and the finished product. There are currently three active substance manufacturing sites supplying the EU included in the marketing authorisation. This shows, as many would suspect, that the vaccine push is putting a lot of demand on the cleanroom industry.

White backs this up saying that the last 12 months has been hugely significant for the decontamination industry as users have understood the risk from airborne pathogens and their thinking has slowly changed that surface cleaning on its own is enough. "As there has been a substantial increase in demand for decontamination, in a market with limited supply, the ability to lease professional equipment has proven invaluable and allows companies to access fit for purpose devices in an affordable manner," White says.

Demand for decontamination has increased from any and all sectors you can think of. Not only this, but White adds that as life science companies have had to operate on a 24/7 basis to provide testing facilities or increased production this has led to less maintenance and downtime and more instances of contamination finding its way into processes.

"The demand from the human health sector has been relentless as COVID-19 wards have been created in every hospital in the country," White says. "We have also found a huge demand from infrastructure companies in the transport, energy and food sector where there have had to introduce decontamination processes to keep their staff safe and also prevent vital control rooms from being closed down for periods of time when staff have tested positive."

Like in many places, the demand from the human health sector has been relentless

Even before the pandemic, the demand from healthcare sectors was growing. Stütz says that due to demographic change, especially in the western industrialised nations, the proportion of the elderly population is growing.

Stütz has seen that this has resulted in a large volume of investment both in the healthcare sector and demand for medical products and medicines. "This is creating major opportunities in the expansion of the corresponding infrastructure," he says. "The global movement of companies away from developing countries to emerging economies or from emerging economies to industrialised nations also offers considerable potential."

With regard to the technology, the greater awareness that the general populace has of the controlled environment sector has definitely played its part in affecting business in the DACH region. White thinks there will be a significant shift from almost a complete dependence on surface cleaning and wiping to a more balanced approach where cleaning is recognised as a process to remove soiling and then whole room decontamination is deployed to remove all contamination whether is on surfaces or airborne.

The increased range of industries reaching out for professional decontamination services is well documented over there last year, but White touches on a change that has not been covered as much. "Traditionally decontamination has been a process that takes place over a whole weekend or a lengthy period of between 12 to 24 hours and this was accommodated by shutting down production or operations for that period of time," he explains. "As demand for products and testing has surged this has led to the requirement for effective decontamination processes that can be delivered between 1 to 3 hours so that services can be resumed as quickly as possible."

Sanondaf has always been a service provider and is now a manufacturer of its own devices, which it makes available as leased equipment with full backup and technical support from experienced technicians. They seem perfectly set up to address this issue.

Speaking about their specific experience over the last 6 months of involvement in the region, White says: "We have worked in cleanroom areas where air handling units have been identified as the source of contamination and this has resulted in the creation of new treatment processes to decontaminate entire HVAC systems"

Stütz reflects that on the construction side of things there has been the expected uptick in conversions of pharmaceutical production facilities and new hospital construction. However, there is also an interesting new market emerging in the field of medical cannabis productions. "It can be observed that investments are being made [here]," he says.

Though being geographically located in the middle of a lot of countries may not help in preventing viral spread, it, is in fact, very helpful when trying to distribute products. Companies like Switzerland-based Arbonia have been doing great business due to this central positioning. In fact, in April, Arbonia acquired the Serbian cleanroom HVAC specialist Termovent. Stütz mentions that when considering the competition in the DACH region, there is a small, but strong, set of competitors. But he also mentions that there are now a few coming out of the more eastern side of the continent, from Eastern Europe. This fits in with Arbonia's acquisition, and may be telling of the business mindset that many in the region are in. He adds that over the last 12 months, Lindner has received numerous inquiries from the pharmaceutical industry, from manufacturers of medical technology, from the microelectronics industry, as well as from hospitals and laboratories. "The inquiries come from the DACH region as well as from international companies," Stütz says.

Going on to talk about his own company's projects and their game plan, Stütz explains: "We will have completed the market launch of two new ceiling systems and one new wall system by the end of the year. During development, we focused in particular on the requirements of the market."

Both White and Stütz report that despite all the challenges faced by companies at the moment, both their business are steady, if not on an upward trajectory. It is encouraging to see that the issues of the last year have not stopped the industry from thriving, and that cleanroom specialists are problem-solving their way around them. As Sanondaf gets more and more stuck into Switzerland and Austria, White is excited to see what comes: "We expect to find out [what the competition is really like] over the next 18 months!"

As airs cleared over many cities with prevalent stay-at-home orders, you could be fooled into thinking that the environment would thank us for the short break from human's pollution. However, while the air was becoming cleaner, the trash problem was only getting worse. While people's health must be prioritised and single-use PPE and pharmaceutical consumables was a necessary evil, the amount that it increased was beyond what anyone could have predicted. German Merck even invested over $30m in single-use product assembly capacity to meet the demand.

This lack of time to consider the environmental implications of emergency measures has White worried. "I think the sector in some ways has taken a step backwards as organisations have scrambled to use huge amounts of wet chemicals to sanitise rooms and surfaces several times an hour, as a sector we have been working chlorine and QUAT based chemicals out of the cleaning process and the last 12 months has simply put that back," he says. "Similar to the challenges of securing fit for purpose PPE, people have resorted to buying whatever they can and hoping it works as there has been such a shortage of consumables."

According to Stütz, he thinks that to move forward the sector needs to put more emphasis on the cradle-to-cradle concepts of designing products and systems that model human industry on nature’s processes, where materials are viewed as nutrients circulating in healthy, safe metabolisms. He thinks that LEED certifications and environmental product declarations (an independently verified and registered document that communicates transparent and comparable information about the life-cycle environmental impact of products in a credible way) could play a role here in the future.