New HQ underlines the company's commitment to its hometown 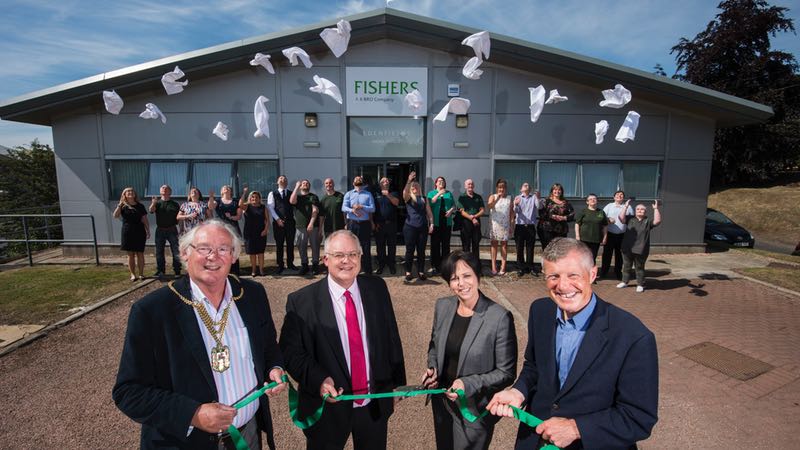 Fishers Laundry Group has underlined its commitment to its hometown of Cupar in Fife, Scotland, by opening a new head office in the town.

The new Scottish HQ will house 14 administrative staff and management.

Fishers was established in 1900 and now washes, irons and delivers more than two million items a week. The company provides linen and workwear laundering and rental services to the hospitality, healthcare, manufacturing and pharmaceutical sectors. The business currently operates from seven sites across Scotland and the North of England.

Fishers has named its new head office Edenfields reflecting its location in Cupar Trading Estate on the outskirts of the town through, which the River Eden flows.

“Fishers occupies an important place in the UK laundry market and I’m thrilled that we’ve been able to create a new head office facility that reflects its position as a significant, modern laundry business,” said McCurdy.

Michael Jones, Fishers MD, commented: “We’re proud to be based in Cupar and our new head office provides modern accommodation for our central services team alongside the conferencing and meeting facilities that are essential to running our business. We love the fact that we’re right across the road from our largest Scottish laundry here in the town."