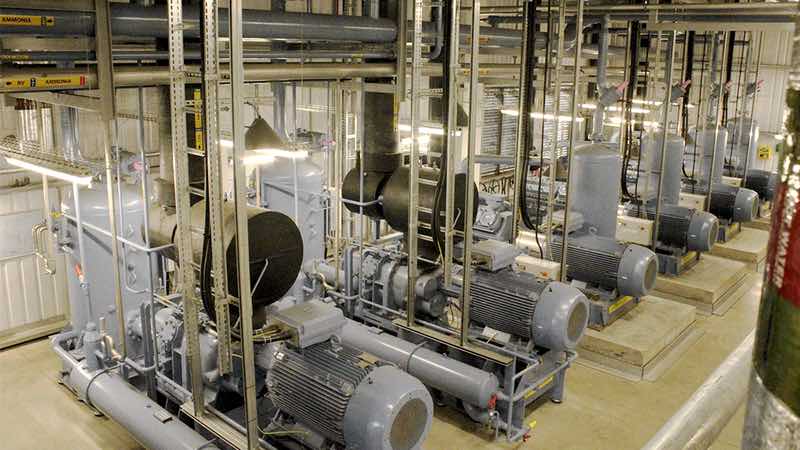 Global warming could send a chill factor through food manufacturers and cold storage businesses using refrigerants in the UK if they are not prepared for the latest European legislation coming into force on 1st January 2020.

GEA, a specialist in food processing, packaging and refrigeration systems, says UK customers should be planning to replace refrigerants that have Global Warming Potential (GWP) of above 2500 as they will be banned under the European F-Gas legislation in certain static refrigeration applications.

Reclaimed and re-processed refrigerant can continue to be used for servicing of existing equipment until 2030 but is likely to become costly and in short supply, as seen already and previously experienced with the phase out of r22.

Most cooling systems using greenhouse gases will have to be replaced with those that can handle natural refrigerants, such as ammonia — an environmentally friendly refrigerant that has no impact on global warming or ozone depletion — to comply with the legislation, which is set to be applied worldwide, including the UK after Brexit.

GEA is urging food companies to take action sooner rather than later as time is running out to install the new natural refrigerant-based systems needed to reduce their environmental impact. And, it is not possible in the vast majority of cases to retrofit an F-gas system with natural gas, especially ammonia.

GEA has already installed a large ammonia-based system for a major food manufacturer and retailer incorporating mechanical and absorption cooling, helping to deliver one of the most energy-efficient frozen food distribution centres in Europe.

Usually, up to 90% of energy use in a food storage environment is for refrigeration. While this operation has a cooling capacity equivalent to 12,000 domestic chest freezers, the facility only consumes less than a third of the power used by the two cold stores it is replacing when comparing size.

What’s more, water and chemical consumption have been reduced by 86%, with the annual water saving equivalent to 11 Olympic sized swimming pools.

The ammonia absorber in the plant rejects its heat into a common condensing system, which enables recovery for both underfloor heating and defrost. This process considerably reduces other associated waste streams, such as cooling tower water, chemicals, effluent, fan and pump power.

Heat is also recovered for underfloor heating by subcooling ammonia, which not only provides free heat but actually improves the compressor efficiency to boot.

Robert Unsworth, Head of Sales (Refrigeration) for GEA UK, believes food manufacturers should not delay switching to cooling systems that can reduce their emissions and power bills, citing an ammonia plant (especially a centralised one) as significantly more efficient than cold stores using greenhouse gases.

Or, as Unsworth put it, the difference between driving an old car belching out pollutants because it gets you from A to B, when you have been offered a shiny new Hybrid model with twice the miles per gallon (km/l).

Unsworth said: “Cooling is very much in the spotlight and the deadline for switching to environmentally friendly refrigerants is drawing nearer. I would estimate less than five per cent of cooling systems in the UK can be effectively adapted so those putting off installing a new system or are ignorant of the legislation could find it comes back to haunt them."

Unsworth continued: "If cold stores, factories or freezers use one of the gases that are banned from the end of this year, or the final 2030 deadline, depending on the type of system, a leak could prove devastating as they may not be able to replace the gas in time to avoid a full or partial catastrophe.

"GEA offers an entire solution, and we’re also driving this concept with the heat pump instead of a boiler for generating heat and reducing waste streams.”

According to GEA, a heat pump is a far more eco-friendly and profitable solution than traditional heating alternatives.

Industry, local authorities and homeowners have been using them for heating applications for many years, and food factories are now starting to see the significant financial and environmental benefits of using heat pumps in production processes, especially those that require the application of heat during preparation and subsequent chilling.

Sustainability targets do help to focus minds and GEA, a global suppliers of high-tech equipment and solutions, is on hand to help food companies comply with the new legislation to reduce CO2 emissions, as well as take advantage of the energy savings available through heat pump technology while on this road.