As a full-service provider, the Lindner Group is regarded as a competent partner for turnkey fit-out or group assignments – of course, also in the field of cleanroom technology: since the customer only has one contract and contact person for the entire project, coordination is facilitated and the process is accelerated 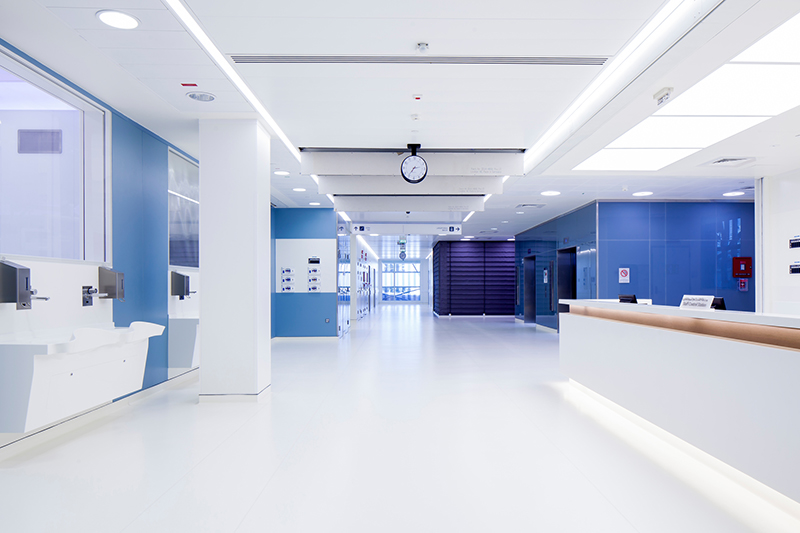 A group assignment involves the execution of several services from different trades by one company. Especially in cleanroom technology, it is important that all services are perfectly coordinated: Thereby, a group assignment has the advantage that they take place within a company without interfaces to external partners. Project processes can thus be speeded up and the client's requirements implemented more quickly. The customer has only one contact person from one company and can clarify changes or questions in an uncomplicated and timely manner. Moreover, the transaction takes place via a single contract – which significantly reduces the costs of contract drafting and monitoring.

Group Assignments All Over the World

Lindner has already carried out numerous group assignments and handled a wide variety of projects from a single source – whether for office and administrative buildings, public buildings or hospitals and laboratories. Lindner Clean Rooms scores points with first-class cleanroom expertise and high-quality cleanroom products, among other things. In addition to in-depth know-how, the offer also includes support with design and planning, the production of in-house modular cleanroom products – for example walls, ceilings, doors etc. – and installation, including supervision. The group assignment is thus executed from A to Z – in other words: from the initial idea to the turnkey handover.

This possibility also exists in the international environment: there, Lindner Clean Rooms works together with the subsidiary companies on site. Thanks to several subsidiaries – for example Lindner Scandinavia, Lindner USA, Lindner UK or Lindner Middle East – the Lindner Group is regarded as a reliable partner who knows and implements the local structures (including construction methods, standards, language, cultures). For example, cooperation with the subsidiary in Scandinavia makes it possible to handle the whole project from a single source. In a current project, Lindner Scandinavia is approaching high-quality building exterior while Lindner Clean Rooms is working on the execution of the clean rooms and operating theatres. Teamwork across different countries played a major role in such projects – the goal is a perfectly coordinated job from one source.

Projects in All Areas and Countries

The company headquarters of Infineon Technologies AG is a further example of a successfully completed group assignment: The technology company, founded in 1999, offers chipsets, sensors and wireless communication in addition to automotive and industrial electronics. As a high-tech company, Infineon is bringing the microelectronics industry back to Germany. In order to remain innovative there, Infineon needed a progressive location – and therefore decided on Neubiberg near Munich. This is where the company headquarters ‘Campeon’ was finally built, which combines open architecture with a green landscape and the latest technologies.

Lindner took over the complete fit-out of the building area. In addition to offices and common rooms, technically sophisticated clean rooms were also created there, with Lindner installing the entire cleanroom shell including clean room partitions, doors, ceilings and floors. All in all, the project was considered one of the largest in Europe during its implementation and is well-known not only in the cleanroom scene.

There are numerous other examples of successfully completed group assignments from Lindner Clean Rooms: The Bosch Research Campus in Renningen, the Hamad General Hospital in Doha and Sopharma AD in Sofia are just a few of them.