Puracore: Cleanroom panels made in Britain 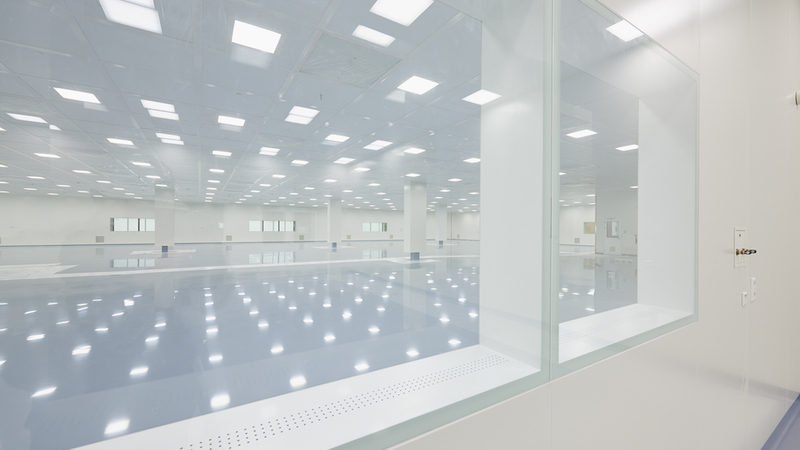 Over the past 12 months, panel manufacturer Puracore Cleanrooms Systems has had one key objective: increase the international reach further to provide high specification cleanrooms to satisfy customer needs across the world.

The focus has been set firmly on the US, Benelux, Switzerland, Germany, and Scandinavia. Each of these regions is at different stages in market penetration, but are all on track to provide several large-scale projects and an exciting year for Puracore.

While Puracore already works with many approved partners across the UK, Europe, the US and Singapore, an increase in production capacity requires growing the cleanroom installation, construction and architectural network further.

Puracore's approved partner in the US comes in the form of Clean Rooms West, a nationally recognised complete cleanroom project developer, managing projects from concept to completion. Based in Tustin, California, Clean Rooms West serves most of the US as well as Central America, including a showcase cleanroom in San Jose, Costa Rica.

One highlight of the Puracore-Clean Rooms West partnership is the supply and delivery of a high specification cleanroom system for MicroVention, the neuroendovascular medical device company based in Aliso Viejo, California.

Puracore manufactured and supplied FM-approved, 50 mm aluminium honeycomb core cleanroom panels for the project, and designed and produced bespoke panels with apertures to fit air return grills and pre-manufactured air return ducts. As well as packaging and shipping the components to the site in Costa Rica, Puracore provided full support to the Clean Rooms West team.

Building on the company's showcase at Interphex 2019 in New York, Puracore has continued the campaign to grow further into the US market and is continuously on the lookout for new partners and cleanroom projects.

Back across the pond, Puracore Cleanroom's sales share to mainland Europe has increased from 27% to 38% of its total sales last year.

The major contributing factor towards increased European sales is Puracore's success in the Netherlands, where sales have grown from 3% to 20% in the last financial year. 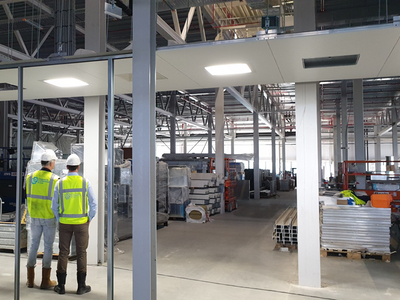 The extraordinary jump in sales to the Netherlands is down to Puracore's strong ongoing partnership with Cleanroom Combination Group (CCG). Based in Bergeijk, CCG is experts in cleanrooms, offering a service for every stage of the cleanroom project process, from engineering and design to project management and installation.

Puracore and CCG are constantly working together on current projects or sourcing new projects to tender on.

Recent clients include MSD, Applied Medical Europe, and a large contract biopharmaceutical manufacturer based in Leiden.

CCG is currently onsite at a global cancer immunotherapy developer, installing a state of the art cleanroom system where the company will continue to make advances in its work as an industry leader in engineered T cell therapy.

Closer to home, Puracore's key partnerships in the UK, Ireland and the rest of Europe lie with a selection of experienced partners. Working with specialist installation and solution providers, Puracore provides innovative pharmaceutical and biotechnology cleanroom environments alongside approved partners on several industry-leading projects for multinational clients.

Recent projects include orders from Novartis, Glanbia, Allergan and Biomarin. Furthermore, Puracore looks to continue its success in Ireland while pushing for more European projects, targeting Switzerland in particular.

Both Puracore and its partners remain at the forefront of cleanroom projects for some of the UK's most prominent end-users.

Puracore also has key strategic partnerships with Stancold, the expert cleanroom installers working across the UK, and with NGS Cleanroom Solutions, the Coventry-based company that provides complete turnkey solutions in the UK, Ireland and Europe.

Puracore Cleanroom Systems are manufactured in the UK, offering stable advantages in terms of import duty, guaranteeing high-quality and UK-sourced materials. The company is striving to provide competitive prices now and for the future, despite the uncertainty of Brexit.

With an ever-expanding sales and marketing team, Puracore is focussed on securing specifications on global cleanroom projects with leading architects. Pushing the boundaries geographically means Puracore must also expand and push further on research and development projects. Plans are already set to double capacity in 2020 with a new facility in Newport.

Cleanroom environments are continually evolving, so rather than keeping up with the market, Puracore is staying ahead, with many new products just weeks away from release.