Uncertainty is a word all UK operators are well-acquainted with by now, from Brexit to a global pandemic. Speaking to directors of companies in the thick of it shows how resilience and preparedness is helping them transition to the ‘new normal’ 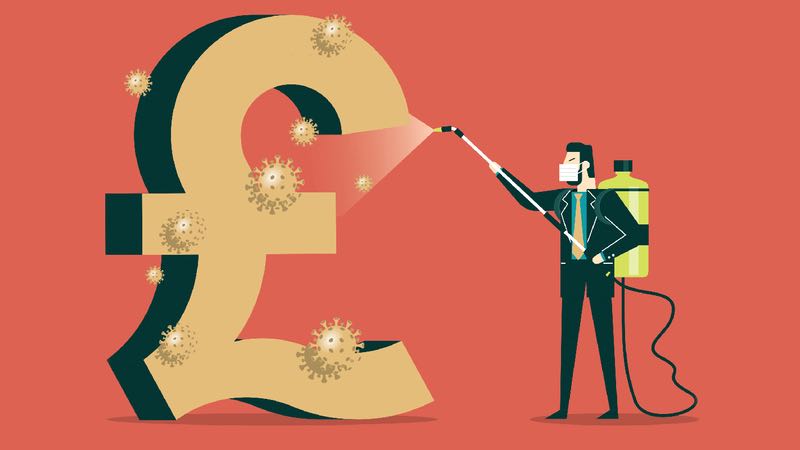 We have reached the halfway mark of 2020, and I think many businesses would agree that so far it has been the longest and most arduous year they have ever experienced. The UK has gone from one uncertainty to another, from Brexit to COVID-19, in just a matter of months.

Though the tragic loss of life and livelihood can't be overlooked, here is a look behind the scenes of an industry at the centre of the pandemic response in the UK.

Personal protective equipment has been centre stage and one concern frommany manufacturers from the beginning, is the shortage of masks. Not only the N95 masks that prevent one from getting the disease, but also standard surgical masks that have been recommended, though not by the WHO, but by the US FDA, for preventing giving others the virus. However, an overall shortage is not the only issue being faced by businesses. Many PPE suppliers had to choose to prioritise existing customers to allow enough stock, as these were often essential businesses. Magnus Nicolin, CEO of global PPE provider, Ansell, says: "There is huge demand for these protective products, and we are prioritising healthcare and other essential industries."

This increased demand has only been exacerbated by the lockdowns in China (a major contributor to global supply), employees in self-isolation, and restrictions on the supply chain around the globe. For UK-based Connect 2 Cleanrooms' (C2C) the challenge has been huge. Michael Wright, Managing Director of C2C tells Cleanroom Technology, "Projecting demand for our loyal customers in healthcare and manufacturing settings was critical, but hugely challenging as supply became restricted by the increasing lockdown in Asia manufacturing regions." Despite these challenges, Wake was proud of 95% service on customer supply agreements.

Despite this, Nicolin worries about the lasting global effects. "We have serious concerns that suppliers of raw materials and components are impacted, threatening continued output of our protective products crucial to managing the pandemic and keeping workers safe," he says. "We are also concerned that certain countries (even within the EU) have imposed controls on exports or shipments across borders," Nicolin says. He adds that international cooperation is needed among government agencies and PPE suppliers to ensure plants and borders stay open.

Luckily, it seems that the high cleanliness demands placed on cleanroom players put them in a better position than most. "It is noticeable the difference in behaviours from the wider construction industry to our own installation and validation teams who are used to working in contamination critical environments," says Wright. "As we have our own significant supply chain capability, we have managed to maintain PPE for both ourselves and our customers. However, the pressure on procurement agility and being able to predict the inevitable demand impact on the supply chain has kept our teams on constant alert," Wright adds. Andy Whittard, Managing Director at Cherwell Laboratories, also expressed that they had enough supply as their demand did not increase.

It seems that the industries involved in contamination control had enough PPE in supply as their normal operations already surpassed the new protocols for hygiene in the workplace. A notion echoed by Stephen Wake, Managing Director of UK-based provider of cleanroom validation and environmental monitoring, Validair, "We retain a small supply of PPE internally but because all our customers have specific PPE for working within their facilities, we have not been affected." The demand from previously nonexistent sources does appear to be the issue as Wright says the influx of B2C demand was sudden and significant.

The UK was already in an unprecedented position coming into the pandemic. The country had just completed its departure from the EU, 'Brexit', after over three years of planning and debate. Many businesses viewed the move as an uncertainty, a state of unknown that has only multiplied after the outbreak of SARS-CoV-2.

This 'pre-existing condition' had already influenced how businesses viewed their supply chain, as no one was sure what would change about importing and exporting. At the beginning of the Brexit negotiations, many businesses started stockpiling and emergency planning to meet this new system head-on.

So were there any effects that carried over from Brexit to the pandemic? Wright believes in some ways there was. "I don't believe so in terms of stockpiling, however, I would suggest that businesses' ability to cope with uncertainty has helped develop some positive behaviours in terms of reaction times to respond to market changes," he explains. Wright says that managing internal efficiencies is a positive habit to maintain and can be overlooked when in periods of extended growth.

Wake agrees that stockpiling was not helpful for them. "What we do is bespoke, and it would have tied up our cash on products sitting in our stores for no reason, and there were no problems in the supply chain for those products anyway. Stockpiling would simply put an unnecessary strain on manufacturing product that was not needed." Whittard also agreed that there might be some latent benefit from Brexit planning, "However, as this has dragged on for many months, I suspect this had normalised, possibly to a level slightly above previous," Whittard adds.

Many, if not most, of those working in pharmaceutical cleanrooms, have been defined as essential businesses. So it logically follows that those supplying these environments would also be essential. This is where business continuity plans come in. Wake explains, "All of our customers contacted us to advise that we are a critical supplier and part of their business continuity plans so we modified our working practices to ensure -we as an employer- complied with the Government requirements."

Wake believes employers have an obligation to look after their staff and their business. "We have looked at the situation as a whole and we have not sat back waiting to be told what to do and how to do it. Construction sites need not have closed if they had conducted risk assessments and reviewed and amended working practices to accommodate this additional risk. I do feel that companies have forgotten that the Health and Safety at work rules do still apply and the COVID-19 risk is another risk that must be managed by employers rather than use it as a reason to throw the rule book out of the window."

Wright also stressed the importance of an early response to risk management, saying it enabled C2C to have controls for the management of projects and social distancing in place for its construction sites so it could conclude existing activities, as well as establish new projects.

Even besides the evaluated risks, the actual change to the market has been significant. Whittard explains that despite an initial uplift in demand having a positive impact on business, Cherwell is now considering a possible drop off as upstream demand slows due to healthcare resources being fully focused on COVID-19 patients. "However, it is possible that as cases slow and routine procedures are slowly re-established that refilling the upstream supply chain may cause another uplift in demand" he says. Wright also thinks there is an upside. "The pandemic will inevitably bring growth, but the distribution and type of work have changed significantly," he explains. "As lockdown continues to phase out, and customers re-establish their activities, the demand in the second half of the year will inevitably be very intense." Wright points out organisations who show agility to adapt will do well.

Although the recent revision to Annex 1 has taken a back seat to these greater world issues, this emergency has stressed the importance, and difficulty of global cooperation on a cleaning standard. "The revision to Annex 1 has rather become the elephant in the room. I think industry has tired of it," says Whittard. But adds that improved control through clearer risk-based assessment of facilities is a good thing for drug and patient safety. "My concern is still the differences globally about how regulations are defined and enforced," he concludes.

Huge fluctuations in supply and demand have meant a rollercoaster six months for the whole world, and the UK has been no different. "Where there have been significant elements of scarcity and high demand, prices have inevitably increased," says Wright. "Our focus is to ensure we drive these prices back to more sustainable levels as availability increases. One side benefit is this increase in competitiveness in the supply chain will see broader opportunities for choice."

Some doubt a complete return to normal though. "We have only experienced a small number of price increases, notably in raw materials associated with cleaning," says Whittard "I suspect this will continue for some time and may never recover to original levels. It is quite likely that an increased level of cleaning will become the norm, which raises other concerns about general resilience."

No one is in doubt about the eventual rebound, but many are suggesting that there will be permanent changes

A more optimistic take on the aftermath of the pandemic is the increase in innovation. "From a consumables perspective, PPE demand will attract many potential new start-ups or adjacent industry suppliers to our market," Wright suggests.

No one is in doubt about the eventual rebound of business after this pandemic. But many are suggesting that there will be permanent changes to the UK market, and the timescale is up for debate. "Undoubtedly the UK economy will be different, I suspect in many ways better," says Whittard. "Overheads will be reduced as companies reassess the needs for large office space, commuting should be reduced as the ability to work from home is seen as very achievable. Having said this, it is going to take years for the economy to fully recover and re-establish itself."

Wake indicates that a proactive response is key to coming out stronger on the other side. "It is evident in my view that company owners and employers have simply furloughed their staff and sat there waiting to be told what to do," he says. "Now the Government is encouraging people back to work, employers are saying they have not had enough notice to get measures in place." Wake encourages people to use the tools they already have. "Yes, it is a new risk, but just like every new risk when people are at work, you assess the risk, you put in control measures and you adjust your work practice."

Wright thinks the rebound has already started. "Brexit has taught us that positive action is the only way forward and the whole world has now had a very harsh introduction into the challenges of contamination control and associated technology." He adds, "I feel this will further drive innovation in the industry as we look to provide wider solutions that cater for less specialised end-user demands and bring traditional cleanroom technology solutions to a wider and more aware population," Wright adds.

As I think we can all agree by now, it is obvious that the future will be unrecognisable from our recent past in many ways.