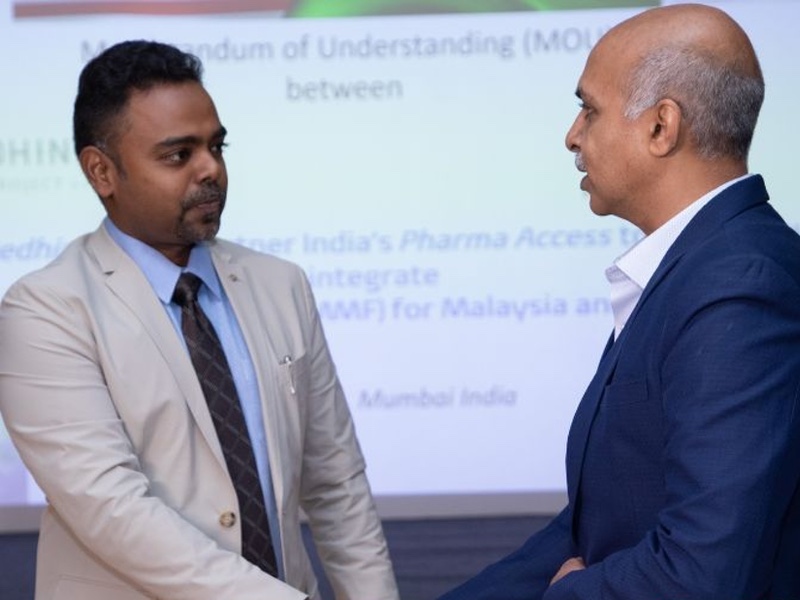 Founding a company is massive undertaking, but Malaysia-based Medhini Group CEO, Joel William, knew what he was getting into when founding the engineering and construction firm and is going full steam ahead!

Earning a diploma in Medical Lab Technology and a degree in Biotechnology, William was exposed to the scientific sector, but had yet to encounter the engineering side of the industry. This happened in 2008, when he joined Exyte as a Junior Project Engineer. This is when he was first introduced to cleanrooms!

The ambitious entrepreneur then spent 11 years at the company in various roles covering the APAC (Asia-Pacific) region. “I was given the opportunity to explore both project management involving field works as well as support business development activities in the region specifically for the life sciences segment,” William explains recounting his time there.

These years culminated in him being appointed as the Director and General Manager for Exyte Malaysia. “[This] gave me the opportunity to engage with management level stakeholders both internal and external facing,” he explained.

It was in 2019 that Williams finally decided to take the plunge and in doing so, founded the Medhini Group (Sdn. Bhd) in Malaysia. ”Wanting to be an entrepreneur and run my own business unit has always been my dream. He explains. “Sometime around 2019, I felt that I have gained good understanding on project initiation and execution for high tech projects and was ready to make the big leap. There was also a need in the market for a bespoke PMC (Project Management Contract) firm that can work closely with clients as their trusted advisor to get projects on the ground as soon as possible.”

This gap in the market for project management was something that William was soon to make a big part of his company’s operations. He says that for the Medhini Group, the main pillar of importance is to offer bespoke project management, commissioning, and qualification services for clients in the hi-tech sector setting up their manufacturing plants in the ASEAN region.

“I spend a fair bit of time working with my clients to set-up projects and manage its execution, alongside my business development responsibilities,” he says. “As the team is expanding, I am also spending quality time coaching and mentoring project managers to fit in their roles and support them with client engagements.

With the active engagement with his company’s daily activities, William is making sure to pass on his expertise from working with multinational corporations across APAC.

But William explains that the company is not limiting themselves, and is trying to move naturally into providing the demands of the regions. Shown recently when the company expanded its offering. “MG also offers value-added product, which includes representing Indian bioprocess equipment fabricators and modular vaccine plant integrators,” William explains.

In fact, over the last few months, the company has made landmark deals with multiple India-based cleanroom experts. In agreeing to work with Modular Mobile Facility and DD Enterprises, William will bring their modular construction and CIP solutions to the Malaysian pharmaceutical market.

Launching a company in 2020

Hearing that Medhini Group (MG) was launched in 2020, there are a litany of questions that will pop up. How did it affect operations? Demand? Competition? William explains that it was all a matter of timing. “MG was established in February 2020 and the lockdown took effect a month later. Fortunately, MG was already awarded the PMC scope for a new integrated insect protein plant to be built in Johor by Nutrition Technologies and was working on the design, tender document preparations and authority submissions during the lockdown and was able to go straight into construction once the lockdown was relaxed.”

With this debut project already in the works and able to progress in its current stages, William explains that it was also a good time to build partnerships with regional vendor and suppliers besides focused business development activities towards targeted clients.

William talks about the increased demand for cleanroom environments that was characteristic of this pandemic era. In a perfect example of the right company in the right time and place, he explains that their presence this time actually complemented the larger companies rather than seeing them as competition, and continues to fill this niche. “Being a small organisation, it allows us to be agile and work with bigger players and complement their ongoing projects,” he says. “We do not see them as competitors but potential partners where we can work together, especially given that demand is greater than supply at this moment. With a low overhead operating model, we position ourselves as a boutique project consultancy firm providing site selection services and support our clients to establish the right project execution model from the start.”

Trends he is tapped into

With a chip shortage and booming demand for vaccine and biopharma products across the world,  there is plenty for William to analyse for the future of Medhini Group.

Predicting that the peak in demand on the semiconductor industry will last at least another two years, this is certainly a sector that William is not dismissing opportunities in. This includes the hugely consistent data centre demand. However, it seems his, and his company’s, focus lies in the pharmaceutical and medical device cleanroom region, as he seems sure these will continue far beyond that.

In order to capitalise on these opportunities wherever possible, William says the company’s next big target is to expand with offices and direct hires in Indonesia and Vietnam.

Being part of the cleanroom industry means not just focusing on the demands and movements of the different sectors you are servicing, but also keeping up with the design trends for the environments you are creating. As a whole William sees compartmentalised being the trend in cleanrooms. This falls into the well-known modular cleanroom trend, but also replacing ballroom types cleanrooms in med-tech sectors. “Large ballroom type cleanroom especially in the med tech industry [will be] replaced with closed isolator type equipment with integrated controlled micro environment,” he says.

William is also looking at all the ways that sustainability demands are going to impact the design of cleanrooms. “The nature of cleanroom design (especially pharmaceutical ones) with higher air exchange and cooler environmental conditions within the manufacturing areas causes energy wastage that can be effectively recovered using advanced heat exchangers and creative pressure cascades to cool adjacent rooms,” he says. William seems interested in many ways of tackling this, but specifies that IOT (Internet of Things)-based sensors and controls to keep energy consumptions to a “bare minimum” will be the game changer.

Planning is a fine balance

There is an Einstein quote that reminds me of Williams attitude to project management: “Everything should be made as simple as possible, but not simpler.”

He talks about the most common questions clients come to him with when starting a project, “Nearly all projects in this market segment requiring cleanrooms are schedule-driven to gain early access to market. Common queries would normally revolve around addressing critical paths that would affect project delivery and risk mitigation steps.” These steps have to be simple enough to not fall through, but not oversimplified to cause a problem. A very fine balance. 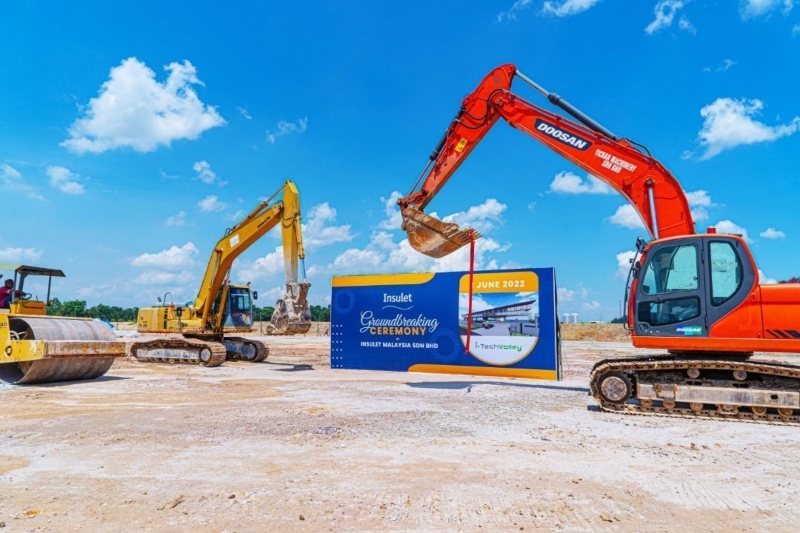 “Another common challenge across the industry remains equipment hook-up and ramp-up planning while keeping the cleanroom running within its functional parameters,” he explains. “The design of the HVAC system should cater for modular ramp up and flexible enough to handle varying operational loads until the cleanroom is fully occupied and achieving in-operation certifications. Early engagement with client to understand ramp up needs and developing simulation helps to guide the best HVAC design. Existing tools such as CFD’s shall be used for such simulation during the concept design stage.

In order to ensure all these planning steps are sufficient to ensure smooth operations, William makes sure the company is actively engaged with local authorities and stakeholders. “To “accelerate our client’s building plan approvals we work closely with foreign direct investment (FDI) supporting agencies to support and facilitate FDI inflows including identifying various grants and tax breaks to further secure the investment,” he adds.

The future of Medhini

Next on the horizon for Medhini is a major project for the Insulet Corporation. Medhini has been supporting the American medical device manufacturer in the planning process to set-up its first manufacturing site outside of the US.

“MG is responsible for the site master plan as well as PMC for the cleanroom package. We are also bidding on new biotechnology and pharmaceutical projects that are being planned to be set up in Malaysia and in Indonesia,” William says with pride.

And there ends a fascinating conversation with the ambitious CEO. It will be extremely interesting to see where he takes the Medhini Group in the upcoming years, playing no small part in the post-pandemic effort to help the world rebound.