The Fraunhofer Institute has developed a process for continuous inactivation of pathogen through radiation with low-energy electron beams and plasma to be used in the manufacture of vaccines without damaging the external form of the viruses, bacteria or parasites 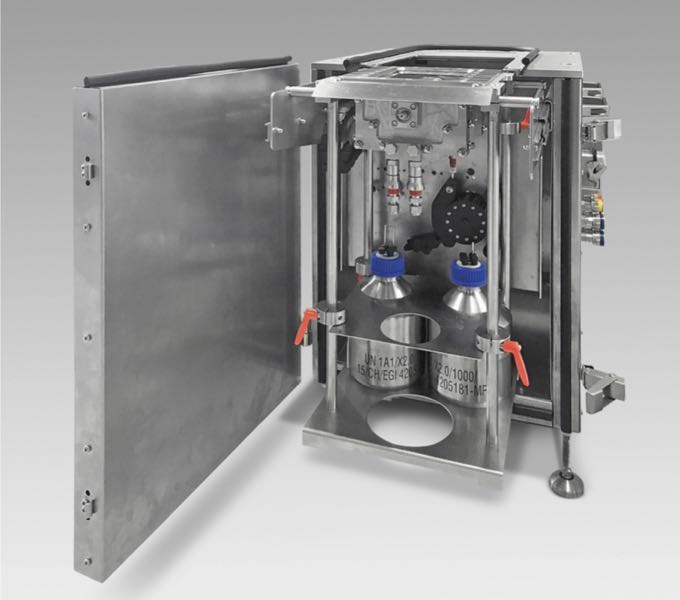 An interdisciplinary team from the Fraunhofer Institute (IPA) has developed a new procedure to quickly and completely destroy the pathogens used in the manufacture of vaccines, without damaging the external form of the viruses, bacteria or parasites.

The inactivated vaccine that is created is not a threat to the body. Instead, it causes the immune system to produce antibodies, which protect the body against an outbreak of the disease.

These days, it is not just goods and people that travel around the world within a few hours. In the age of globalisation, pathogens can also spread extremely rapidly. New vaccines must be manufactured quickly to prevent epidemics.

Until now, pathogens in vaccines have mainly been inactivated using chemicals. However, this method has disadvantages: “Chemical treatment is time-consuming and cannot be integrated into a continuous production process. Moreover, chemical residues remain in the vaccine, which then get into the human body," IPA team leader Martin Thoma explained.

For five years, the IPA team, along with groups from three further Fraunhofer Institutes, have been experimenting with new procedures for the inactivation of pathogens using low-energy electron beams. The research received US$1.8 million in funding from the Bill & Melinda Gates Foundation.

“The interdisciplinary cooperation was key to its success,” said Thoma. "The experts from the Fraunhofer Institute for Organic Electronics, Electron Beam and Plasma Technology FEP developed the system, which precisely measures out the low energy electrons so that they destroy the pathogens’ genetic material in very small quantities of liquid," he added.

Researchers at the Fraunhofer Institute for Cell Therapy and Immunology IZI cultivated various pathogens, including bird flu and equine influenza pathogens, and verified whether they were completely inactivated following radiation and whether it makes for effective vaccination.

The team at the Fraunhofer Institute for Interfacial Engineering and Biotechnology IGB investigated the dose-dependent inactivation. Finally, Thoma’s team at IPA developed the modules, which ensure that the liquid containing the pathogens is filtered through to the electron beam at precisely the right layer height and speed.

“The automation of this process was a particular challenge because a sufficiently homogenous dose distribution in liquids during radiation with low energy electron beams (ca. 200keV) can only be guaranteed up to a penetration depth of ca. 200 micrometres. Because of this, you have to guide the probes through the rays at a very controlled layer height and speed”, explained Thoma.

A module was specially developed for small probe sizes, which carried out the pathogen suspension in pouches below the electron source. Another module, the “Liquid roll”, was developed to inactivate pathogens in large liquid volumes: here, a roll is dampened with the pathogen suspension and then wiped after radiation. This method can be integrated into industrial vaccine production.

A research and test facility has been recently put into operation at Fraunhofer IZI in Leipzig, which now enables the teams to continue to optimise the technology and, together with their industry partners, test the production of various vaccines.