Reprocessed duodenoscopes: the elephant in the room 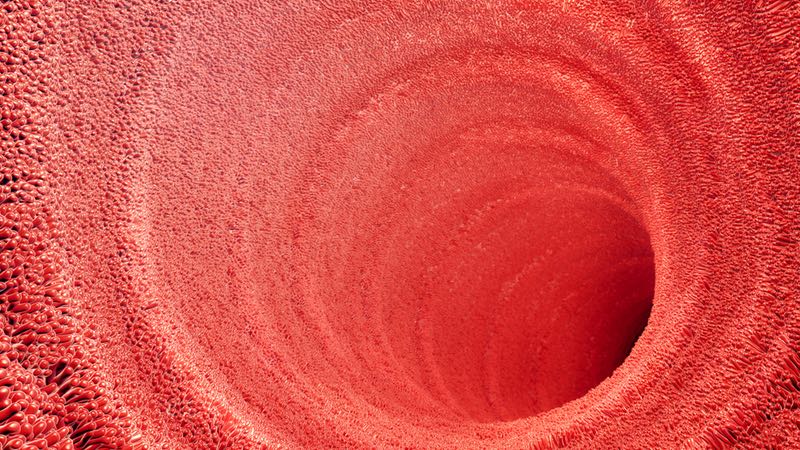 In the age of modern medicine, with its plethora of invasive but necessary snaking technology, we now know that the landscape of our insides is less the pastoral perfection of the Rheinland and more like the urban chaos of the New York subway. And how do we know this? Thanks in part to our increasing reliance upon a frequently dreaded, often maligned, but inherently useful device: the duodenoscope.

As the name suggests these instruments are made to circumnavigate the canals and waterways of our internal geography. Used by physicians, these flexible tubes are invaluable in identifying and diagnosing conditions relating to the pancreas and bile duct, in a process known as endoscopic retrograde cholangiopancreatography, or ERCP.

During the procedure, which is frequently performed under sedation or anesthesia, the scope is threaded through the mouth, down the throat, and into the stomach. From there, it enters the small intestine (duodenum) via the prosaically named ampulla of Vater and the sphincter of Oddi and, once there, the scope can relay images back to the medical team.

When blockages in the area are indicated, a radio contrast serum is introduced via a catheter and fluoroscopy identifies problem areas such as lesions or stones. Although clearly not an especially pleasant procedure, the ERCP is useful in diagnosing problems without the necessity of more invasive surgical intervention.

The procedure is not entirely without risk. In approximately 5% of cases, pancreatitis may develop and require hospitalisation. Furthermore, as with the introduction of any foreign body into the human alimentary tract, the danger of intestinal perforation and subsequent internal bleeding and/or infection must also be acknowledged. And infection is a very common concern. Not least because these frequently utilised medical devices are an expensive resource never intended to be used on a single-use only basis.

Wait, so are we saying that scopes that are used within the body are re-used for multiple patients? Precisely. And in busy hospitals, the average duodenoscope may even be deployed on different patients multiple times in a single day.

The problem with the scope is that it is not a solid device. Within the snaking insertion tube (the part that enters the body), an assortment of hoses and channels are bundled together allowing for remote operation and guidance of the tip. Since the body’s cavities are dark places, the scope incorporates a fibre optic light to illuminate the scene for the on-board camera to capture images.

An additional channel pumps fluids into or out of the area, and a dedicated biopsy channel allows for the gathering of organic matter for testing. This last area is where the duodenoscope is inherently more challenging in terms of reprocessing than other scopes.

In a video published by the ECRI Institute, a 501( c )(3) organisation that researches and tests medical procedures, devices, and processes, engineering director, Chris Lavanchy, demonstrated the difficulties faced by those tasked with reprocessing the equipment.

Highlighting the elevator, an often-overlooked component of the scope, Lavanchy showed how the lever at the scope’s tip is moved back and forth by remote control to allow the doctor to redirect a catheter or forceps up into the bile duct to perform tests or extract samples.

With its myriad surfaces, the tip of the scope is time- and labour-intensive to clean ahead of disinfecting and sterilising. Also since the cleaning is usually performed by hand, the efficacy of the technician must be taken into account. Given that this is not an automated process, technicians vary in terms of their expertise, experience, and attention to detail, and sometimes human error can come into play.

But before we castigate the techs for not performing their role perfectly, let’s remember that given the multiplicity of small, intricate parts the reprocessing of scopes is not as straightforward as we might hope.

It’s not a matter of simply rinsing and drying it off with a lint-free cloth or wipe – and anyway, by now we all know there’s no such thing as ‘lint-free’ towel. And even if there were to be a completely lint-free gauze or disposable cloth, USP <797> forbids the use of gauze as it is considered a ‘particle-generating material,’ whether it is sterile or otherwise.

Moreover, the difficulties inherent in effective reprocessing are not even a new concern. In April 2016, we were horrified to learn that the ‘Important Safety Notice’ issued by the Olympus Corporation of the Americas – manufacturer of the Olympus Video Duodenoscope TJF Q180V – notified hospitals within Europe that the SOPs relating to cleaning and sterilisation were insufficient to prevent the retention of ‘residual debris in the distal end’ of the instrument.

We would expect manufacturers to have cleaned up not only their distal ends but their whole act when it comes to prescribing hygiene measures for use and maintenance of these devices. But, unfortunately, it appears that the problem persists.

In March this year, in fact, the FDA was forced to issue a warning letter to three leading medical device manufacturers – Fujifilm Medical Systems USA Inc., Olympus Medical Systems Corporation, and Pentax of America – for ‘failure to provide sufficient data to provide the postmarket surveillance studies requirements under Section 522 of the Federal Food, Drug, and Cosmetic Act (the Act)’ relating to the adherence of protocols associated with the reprocessing procedures for the scopes.

Where the Pentax elevator is designed as a single-use, disposable component, the SOPs for Fujifilm’s device list the equipment and materials for use in cleaning the scope as ‘clean lint-free cloth/sterile gauze.’ The protocol recommends the scope be wiped with a cloth soaked in detergent before being dried ‘with a dry sterile gauze/lint-free cloth.’(1)

Watch out for superbugs

So what is the role of the FDA in this matter and how is the agency interacting with manufacturers to ensure product safety?

Since at least as far back as 2009, the FDA has been investigating and maintaining an archive of reported hospital-acquired enterobacteriaceae infections. These Gram-negative bacteria are especially problematic given that they are resistant to carbapenem, a class of antibiotics generally considered the ‘drug of last resort’ for fighting infections. In other words, carbapenem-resistant bacteria (CRE) are the new ‘superbug,’ and little stands in their path of destruction.

CRE is not limited to one specific bacterium, but instead encompasses a group of pathogens – Escherichia coli, Enterobacter areogenes, Enterobacter cloacae, and Klebsielle oxytoca.

According to the Center for Disease Control and Prevention, CRE is a ‘nightmare bacteria,’ killing fully 50% of those it infects. Symptoms range from urinary tract infections, blood or wound infections, and even pneumonia.

A panel chaired by Jim O’Neill of the Review on Antimicrobial Resistance published a report, Tackling Drug-Resistant Infections Globally: Final Report and Recommendations, projecting that these kinds of superbugs could be killing ten million people each year by 2050.(5) O’Neill’s analysis makes for sobering reading indeed. (2)

These findings may be the reason the FDA is taking increased measures to strengthen SOP recommendations as they relate to the care and maintenance of duodenoscopes as a potential vector of inter-patient contamination and infection.

Emphasising the critical importance of optimising the core training and competency of the technicians who actually clean the devices prior to sterilisation, the FDA strongly advocates the inclusion of human factors testing in the development and refinement of reprocessing instructions.

Furthermore, sighting medical device manufacturers firmly in its crosshairs, the FDA encouraged the development of an increased number of disposable parts to replace the multi-use components that are so problematic to clean. It also suggests a reconfiguring of components to allow for device disassembly to significantly reduce the risk of debris being retained within the equipment. Random and on-going microbiological culturing should also play an important role in maintaining a sterile and contamination-free stock, along with a raft of supplemental measures such as repeated high-level disinfection, and the use of different chemical sterilisers. (3)

And if left to their own devices, without any ‘drug of last resort’ to constrain them, these superbugs could present one of the gravest challenges not only to public health but to our healthcare system itself.

Given the cost associated with the protracted and frequently futile treatment of those affected by hospital-acquired infections that are drug-resistant, it behoves all parties involved to ensure that SOPs are not only detailed and up-to-date, but also followed meticulously. As if someone’s life depended on them. Because, by 2050, more than 10 million lives will do.

This is a version of the original article published on the Berkshire's website.